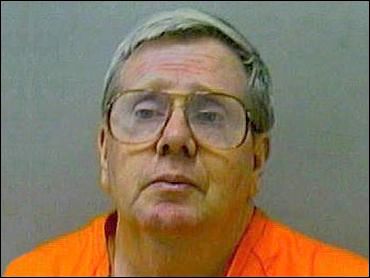 Audience members attending a school board meeting were credited with thwarting an attack by a maintenance worker on sick leave who doused two people with gasoline and shot another with an assault-style rifle.

"He picked up one of the buckets and tossed it on the administrator sitting at the administrators' table," said parent Wanda Carney. "Then he got out a match and tried to light the gasoline, which thank God didn't work."

One woman was wounded in the attack Thursday night but her injuries were not life-threatening, police said. Onlookers grabbed the man before he could take aim, witnesses said.

Richard Dean "Rusty" Bright, 58, who had been on sick leave, arrived about 10 minutes into the Kanawha County Board of Education's meeting with three large buckets of gasoline and an automatic rifle under an overcoat, witnesses said.

Luoni said Bright placed the buckets on a table and then splashed maintenance supervisor Jeffery A. Allred and Karen Williams, a personnel department official.

"Allred gets up and runs out of the room. Smart move! When you're covered with gas, you don't want to be around," said school board member Pete Thaw.

Bright appeared to try to ignite the gas, then pulled out the rifle, witnesses said. Luoni said Bright fired several shots, but was unable to take aim before onlookers subdued him.

"Everything happened so fast it was almost like you were in a daze," said Carney. "And everybody just took off and started running, chairs started folding over, people were falling."

Bright had in recent months complained about Allred, his supervisor, to schools Superintendent Ron Duerring, school officials told The Charleston Gazette. They said they thought the matter had been resolved.

Police Chief Jerry Pauley said Bright was talking to investigators, but declined to suggest a motive or say whether Bright had selected specific targets.

Bright, was arrested and charged with malicious wounding and wanton endangerment. He was being held in lieu of $250,000 bail and was scheduled for a July 25 court hearing.

At his arraignment, he said he had severe financial problems and his sick-leave benefits were about to run out, reported the Gazette.

High school librarian Karen Taylor, 56, was shot in the lower abdomen. She was under evaluation at Charleston Area Medical Center early Friday. Pauley said her injury was not life-threatening.

Board meetings often attract more than 100 people during the school year, but only about 20 attended Thursday's session.

"Some of the people just hit the floor, others just got out of the room" when the attack began, said board President William Raglin, who also praised the quick-acting audience members.

"You don't know why you do things when you have to do it," he said.