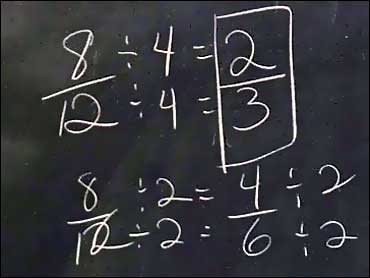 In a partial victory for President Bush, the House of Representatives on Wednesday approved a bipartisan education reform bill that calls for annual student testing and an overhaul of chronically failing schools but leaves out the White House's hotly contested private school voucher initiative.

Touted by supporters as the most sweeping blueprint for education reform in 35 years, the bill would give local school districts more leeway in using federal education funding and dedicate billions of dollars over the next five years to help children learn to read by the end of the third grade — signature issues for Mr. Bush during the 2000 presidential campaign.

Mr. Bush had also urged federally funded K-12 tuition payments for children in failing schools while on the campaign trail, but the House Wednesday rejected conservative lawmakers' efforts to add private-school vouchers to the legislation.

Voucher programs use taxpayer money to let children attend private or parochial schools. Most Democrats and a few Republicans say the school tuition allowances of up to $1,500 would drain money from struggling public schools.

The Senate, which was working on Mr. Bush's tax plan Wednesday, may not get to its version of a voucher amendment until early June.

Sen. James Jeffords' plan to travel on Thursday to Vermont to announce that he would leave the Republican Party and become an independent also was slowing down the bill in the Senate, one Democratic staff member said.

Jeffords, R-Vt., is chairman of the Senate education committee and has been managing the bill on the Senate floor.

The House rejected two voucher amendments by wide margins after a lengthy and at times prickly debate.

On the first amendment, which would have created a voucher program similar to the one Mr. Bush proposed, the vote was 273-155. Only two Democrats and one independent joined Republicans in support of the amendment.

The second measure would have authorized $50 million for voucher demonstration programs in five school districts. The vote was 241-186, with three Democrats and one independent joining Republicans.

Bush spokesman Ari Fleischer conceded earlier Wednesday that the voucher proposal would be difficult to pass.

Conservatives, who failed Tuesday to strip annual student testing from the plan, have said Mr. Bush's testing plan should be coupled with vouchers for poor students in schools where scores do not improve. Republicans have called vouchers an "escape vlve" for children in low-scoring schools.

Opponents said vouchers would take away money from struggling schools without giving families enough money to pay for private-school tuition.

"This procedure was done with all the best intentions, but unfortunately a lot of patients died," she said.

Opponents also noted that the current House bill would let students in failing schools use federal money for after-school, weekend or summer tutoring or for transportation to another public school.

In Mr. Bush's plan, annual tests designed by states would measure performance in math and reading for students in the third through eighth grades.

Schools whose test scores did not improve after one year would qualify for additional federal aid, while students would be allowed to transfer to another public school. After three years of flat scores, the tutoring and transportation provisions would be implemented.

Also, students who are the victims of violent crime at school could immediately transfer to another public school. Under the voucher bill, students at unsafe schools could have used federal funds to attend private school.

Conservatives have complained about the lack of vouchers in the bill, saying it provides too much federal money and not enough flexibility in spending it. But they were unable to muster the votes to expand the flexibility Wednesday.

By GREG TOPPO
© MMI The Associated Press. All Rights Reserved. This material may not be published, broadcast, rewritten, or redistributed