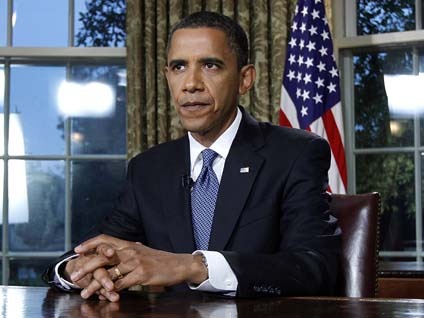 A group of presidential scholars has ranked President Obama as the 15th best U.S. president of all time, a new survey shows, while his predecessor, President George W. Bush, is relegated to the bottom five.

Mr. Obama also has an advantage in the rankings over President Ronald Reagan, who came in 18th, but President Bill Clinton beats them both in 13th place.

The Siena College Research Institute's Survey of U.S. Presidents, which has been conducted five times since 1982, asked 238 presidential scholars to rank the 43 U.S. presidents on a number of characteristics.

While he has only been in office a year and a half, Mr. Obama was rated highly in areas such as imagination, communication and intelligence.

By comparison, Mr. Bush was ranked 23rd when the survey was conducted in 2002, after his first year in office. This year, Mr. Bush was ranked 39th after receiving poor ratings in communication, foreign policy, intelligence, the economy and his ability to compromise. Mr. Bush's best ranking came in the category of "luck," for which he was rated the 18th best president.