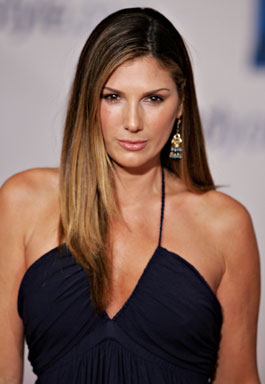 The Philadelphia Phillies placed Curt Schilling on the 15-day disabled list Friday after he again had problems with his shoulder when he tried to throw.

The loss is a major blow to the Phillies, who are third in line for a wild card playoff berth but will now have to make a run without their top starter.

The move was retroactive to Aug. 8, so Schilling will be eligible to be activated on Aug. 23.

"I feel bad for Schill because he's finally got a club that's playing where it could get kind of exciting and he misses some time," manager Terry Francona said. "He's the one guy who deserves to be around here and pitching."

The players felt the loss.

"We're all down about that," said Paul Byrd, who went six innings Friday night in a 5-4 loss to the Cincinnati Reds. "For us to put a smile on our faces and say it doesn't matter would be lying. He's a huge part of this team. Somebody's got to step up."

Last Saturday, Schilling gave up seven earned runs and eight hits in 6 1-3 innings against the Arizona Diamondbacks. He has been hampered by biceps tendinitis, mild bursitis and muscle spasms in his neck and shoulder blades.

The Phillies have been reluctant to place him on the DL because he appeared to be close to recovery. They made the decision after he tried to throw before Friday's game.

"His shoulder didn't feel very good when he threw today," Francona said. "We've tried to milk this for a month and I think it's time to do what we did. He was very discouraged when he came off the field today."

The move was announced during the game. Schilling wasn't available afterwards, but left a message on a board near the entrance to the clubhouse that read: "Guys, one team, one goal, whatever it takes. Schill."

He was set to return to Philadelphia on Saturday morning to begin intensive therapy for his shoulder.

"I think he's relieved that we've struck a new course and we're going to stick with it," trainer Jeff Cooper said.

The Phillies plan to call up left-hander Anthony Shumaker from Triple-A Scranton to take Schilling's roster spot. Shumaker, 26, was called up between games of a doubleheader on July 23 and lost to Atlanta 3-1 in the nightcap. He gave up one earned run in eight innings of his major league debut.

Shumaker was then sent back to Scranton without making another appearance.