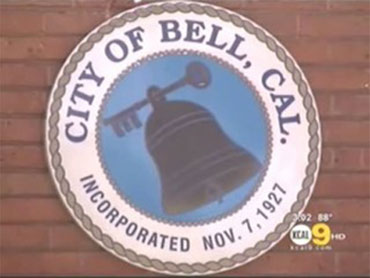 Lt. Gov. Abel Maldonado signed a bill Monday ordering the return of nearly $3 million in property taxes the state says was illegally collected in the blue-collar suburb of Bell, where one in six people live in poverty.

An audit by state Controller John Chiang's office determined the City Council passed an illegal resolution in 2007 that resulted in a 50 percent tax hike over three years.

The tax rate was later rolled back, but the money collected could not be refunded until Maldonado signed Assembly Bill 900 into law.

"I know that the residents of Bell are working hard to reform the way business has been done in the past, and AB 900 will help them on their way," said Maldonado, who signed the bill in his capacity as acting governor while Gov. Arnold Schwarzenegger is out of state.

Four of Bell's five City Council members have been targeted for recall since a wide-ranging scandal surfaced involving the high taxes, huge salaries paid to former city employees and allegations of racial profiling of drivers.

Property owners in the scandal-plagued city learned earlier this year they were paying the second-highest property taxes in Los Angeles County, ahead of Beverly Hills and other wealthy cities

Maldonado also signed a second bill amending the state Unemployment Insurance Code to prevent elected officials from collecting unemployment benefits if they are recalled by voters or forced to leave office because of term limits.

Assembly Bill 900 orders Bell to hand over $2.9 million in excessive taxes, plus interest, to Los Angeles County, which will issue refunds to the city's 4,000 property owners. Individual amounts will depend on the value of property.

Bell remains the target of state and federal investigations after it was learned the city manager was making nearly $800,000 a year, the assistant city manager $376,288, and the police chief $457,000. The four council members targeted for recall were paid nearly $100,000 a year.

The three city employees have since resigned, and the council members have slashed their salaries to about $8,000 a year.

The state attorney general's office is investigating allegations of corruption and voter fraud in the city. Federal investigators are looking into allegations that police officers targeted Hispanic drivers for traffic violations in the hope some would be illegal immigrants whose cars could be seized.