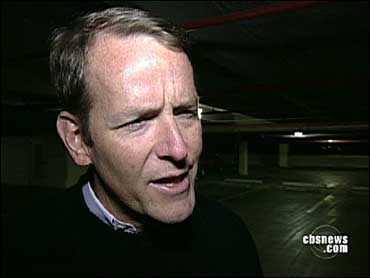 Amid much economic turmoil for homeowners, there's a new scam involving companies that promise to reduce monthly payments. CBS News chief investigative correspondent Armen Keteyian found that many homeowners who seek their help are winding up in foreclosure, instead.


Victims plead for help with operators at a government call center in Florida, a hotbed of foreclosure fraud.

"It's probably increased 20 to 30 percent over the last two or three months," said Scott Palmer, who works in the Florida Attorney General's office and oversees the call center.

"They're successful because people are desperate," Palmer said. "They're looking anywhere for help."

That's because more than one million families nationwide who bought homes with sub-prime or adjustable rate mortgages are now facing increased monthly payments they may not be able to afford.

That opened the door last year to companies like Outreach Housing of Fort Lauderdale, Fla., which made more than $2 million last year promising mortgage relief.

"It's important you get the assistance you need to lower your payment," one ad said.

For homeowners the pitch went like this: They would pay Outreach Housing an upfront fee of about $1,200. They would then stop paying their lender and instead pay Outreach every month an amount equal to two-thirds of their monthly mortgage.

That's money homeowners like Frank Kosa believed they would go toward their mortgage while Outreach worked with his bank to reduce his payment.

"They said 'don't worry about anything. Don't pay anything. We are taking care of everything,'" said Kosa.

But they didn't. Instead, as victim after victim told CBS News, they got taken.

According to a lawsuit filed by Florida Attorney General Bill McCollum, Outreach Housing was engaged in a "systematic pattern" of "fraudulent," "unfair" and "deceptive" practices, leaving behind at least 600 victims.

And it was all orchestrated by the man who started the company, Blair Wright.

"I cannot believe they truly felt they were going to help these people," McCollum said. "I think it was greed."

So Keteyian tracked Mr. Wright down at his office in Fort Lauderdale, asking him what he had to say to the people who feel they've been wronged.

"You need to remember there is a bigger villain in all of this," Wright said.

"And who would that be?" Keteyian asked.

"That would be the banks that are doing the foreclosures," Wright said. "Thanks very much."

Keteyian asked: "So there are bigger villains than you? So everyone else is wrong, Mr. Wright?"

"So you don't want to talk to me?" Keteyian said.

In the e-mail, Wright blames some of his own employees, who he is now suing, including one he claims "mismanaged hundreds of Outreach client cases." He also says he's refunded $640,000 to hundreds of homeowners to date - a figure the Florida Attorney General can't confirm.

Late last week it shut down Outreach Housing, citing what it called "illegal activities." That closed the door on Blair Wright and his business of "helping" homeowners - at least for now.