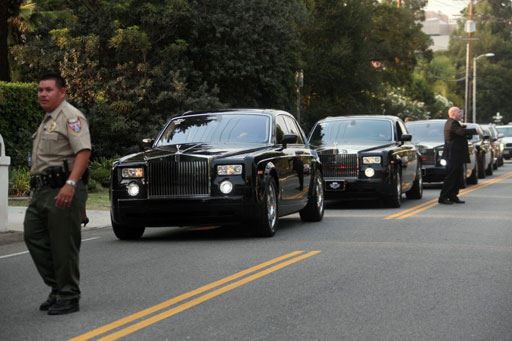 In a lot of cities a night on the town means handing your car keys to a complete stranger.

In Los Angeles, the valet parking capital of America, you have a one in four chance of having that stranger clean out your car while he parks it.

"I jumped right out and told the guy my camera is missing," said Matt Pondela of a theft from his car while it was in valet parking. "He says, 'I don't know, I don't know.'"

Melody Malloy gave her car to a valet at a trendy Los Angeles nightclub. When she got it back, her $300 sunglasses were missing.

Los Angeles police detective Mike Fesperman says police know this is going on but such cases are hard to prosecute. "We just don't have the evidence, we don't have the proof," he says.

So we decided to get the proof. To do that, 48 Hours set up its own undercover test car. There was a wallet with cash in the console and more money in the cupholder, and hidden cameras - one in the front, and one in the back.

With cameras rolling, producers and Joel Grover, correspondent for KCBS-TV which shared this report with 48 Hours Investigates, parked the test car at 50 famous restaurants, hotels, and clubs.

Many of the valets tested never touched the money. But there were exceptions, as at Los Angeles' hottest nightclub, The Sunset Room. There, a valet named Levon pulled out of the lot and, within seconds, dug into the cupholder, pocketing one handful of quarters after another. Then, he went for the wallet, taking half the stash - $62 – for himself.

Night after night, Levon took from the test car. Crews even put the wallet in a purse in the backseat, and Levon found hat too, nabbing another $45.

Told about the thefts, Brad Johnson, owner of the Sunset Room, blamed the drivers. "I don't think it's a wise thing to leave cash in an automobile that you're turning over to someone else," he said. He pointed out that those who park their cars get tickets that say "do not leave valuables in your car."

Other victims confirmed they, too, got the business when they tried to complain to the club.

48 Hours Investigates got ripped off at some of the swankiest spots in town, like Spago restaurant in Beverly Hills, where a valet tipped himself $9 and the Ritz Carlton in Pasadena, where a valet pocketed $51.

One out of four valets stole money from the car, but none hit it harder than the valets at the world famous "House of Blues" jazz club in West Hollywood.

The test car was left at "House of Blues" 11 times. Six different valets stole from it.

Ali Ramadan, a valet there who took $110 from the car, was confronted and shown the tape. First, he apologized, then he promised to pay it back and gave the TV crew a check that bounced.

When his boss, Joseph Ghareeb, was told about the thefts, he said," We've had one or two people, uh, four people, five people, as a matter of fact, that got fired up to last week."

Levon at the "Sunset Room" claimed not to speak English when confronted and then tried to run away from the cameras.

His bosses were told about the thefts but they didn't seem to care. Most valets who steal never go to jail, because without videotape, cases are hard to prove.

Nevertheless, the week after he stole from us, Mahmoud Eshrati, the valet at the Ritz Carlton, took $7,000 from another car that had $17,000 in it, and got caught.

"I'm not a thief. If I was a thief I would've taken the whole thing," he told police. He spent just three days in jail, and the judge ordered that he never valet park again. He went on to a new career, selling used cars.

Some good did come out of the investigation. At the "House of Blues," the manager called in the valets and read them the riot act. "We have a zero tolerance policy, for theft and you will be prosecuted to the fullest extent of the law," he told them.

At Spago, Tony Policella's parking company, which provides valets for the restaurant, decided to go undercover itself, wiring up two of its own test cars. "I'm not happy to be sitting here explaining it. And I'm embarrassed for myself. But in the long run I'm glad you did it," he said.

Rare photos from the 1976 Chowchilla bus kidnapping
Thanks for reading CBS NEWS.
Create your free account or log in
for more features.
View CBS News In
CBS News App Open
Chrome Safari Continue
Be the first to know
Get browser notifications for breaking news, live events, and exclusive reporting.