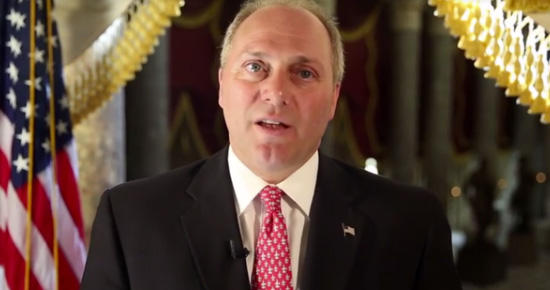 House Majority Whip Steve Scalise underwent surgery for the management of infection on Thursday and remains in serious condition after being readmitted to the intensive care unit at MedStar Washington Hospital on Wednesday, according to the hospital.

"He tolerated the procedure well," the hospital said in an update on behalf of the Scalise family Thursday evening. "He remains in serious condition. We will provide updates as appropriate."

Scalise, who arrived at the hospital in critical condition after a gunshot wound to the hip at a congressional baseball practice in June, had been transferred out of the ICU on June 22 and downgraded to fair condition. Serious is the condition in between critical -- the worst state -- and fair, in medical terms.

Scalise, two members of the U.S. Capitol Police, a current GOP staffer and a lobbyist were injured in early June when a gunman opened fire on a GOP practice for a congressional baseball game. The other victims have since been released from the hospital, but doctors have said Scalise would take weeks to recover and be rehabilitated.

When he arrived at the hospital, Scalise was in "imminent risk of death," one doctor said.