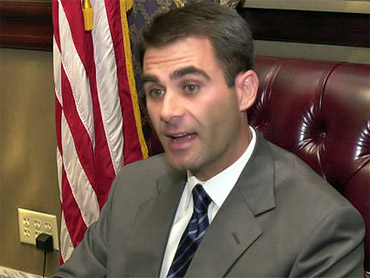 "My grandmother was not a highly educated woman, but she told me as a small child to quit feeding stray animals," Bauer said during a town hall meeting, as the Greenville News reported over the weekend. "You know why? Because they breed. You're facilitating the problem if you give an animal or a person ample food supply. They will reproduce, especially ones that don't think too much further than that. And so what you've got to do is you've got to curtail that type of behavior. They don't know any better."

As the Greenville News notes, more than half of the students in South Carolina participate in a program that allows them to get their lunch for free, or at a reduced cost.

Bauer later said he wasn't saying those who receive government help "were animals or anything else."

He added that his metaphor was taken out of context, WSOCTV reports, and added that "maybe the stray animals wasn't the best metaphor."

Bauer made the comment as part of an argument that people should lose government benefits if they fail drug tests or don't attend parent-teacher conferences or PTA meetings.

"Look folks, if you receive goods or services from the government and you don't attend a parent-teacher conference, bam, you lose your benefits," he said. In a follow-up story, the Greenville News reports that Bauer said "he would penalize only adults and that he never advocated taking away a child's free or reduced-price lunch. His speech was about breaking the cycle of dependence on government aid, he said."

During the town hall meeting, Bauer said he "can show you a bar graph where free and reduced lunch has the worst test scores in the state of South Carolina." He added: "So how do you fix it? Well you say, 'Look, if you receive goods or services from the government, then you owe something back.'"

South Carolina Democrats responded harshly to the comments, and there were calls for Bauer to apologize and to drop his gubernatorial bid. Some in his own party were also critical, with Republican state Rep. Harry Cato saying Bauer "has gone overboard."