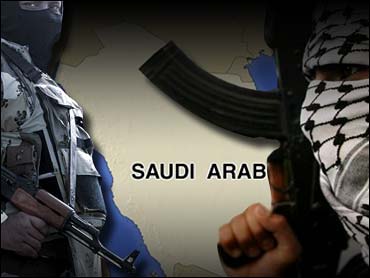 Saudi authorities have arrested 701 suspected al Qaeda-linked militants this year, including some who were plotting attacks against the kingdom's oil and economic installations, the Interior Ministry said.

Of those initially arrested, 520 remain in custody while the others were released because there was no proof linking them to the terror network, according to a ministry statement, carried by the official Saudi Press Agency.

Riyadh has in the past reported large militant arrests, including those linked with al Qaeda, but the latest figure was the largest and the most comprehensive to date.

The detainees had planned a car bomb attack against one of the kingdom's oil installations, the statement said. They belonged to "cells" which planned to revive "criminal activities" in the kingdom, and their leaders were based outside the country, it said.

One of the suspects had a message from Ayman al-Zawahri - al Qaeda's No. 2 leader - which police had found. The ministry statement did not specify whether the message was a letter or some other form of communication.

According to the police, the message urged the suspect to raise money and instructed him that al-Zawahri will "provide persons ... who will arrive from Iraq, Afghanistan and north Africa to target oil installations and fight security forces."

The suspected militants "in fact began to plot to target an oil installation and another security (target) with car bombs," the statement said but did not name the facility or the second target.

The oil-rich kingdom, which is the birthplace of al Qaeda's leader Osama bin Laden, has been waging a heavy crackdown on the group's militants since a 2003 wave of attacks on foreigners here.

In April 2007, Saudi Arabia announced one of its largest anti-terrorism sweeps that netted 172 Islamic extremists.

Those arrests were said to have stopped plans to mount air attacks on the kingdom's oil refineries, break militants out of jail and send suicide attackers to kill government officials.