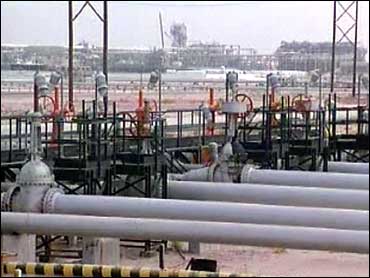 Saudi Arabia has stepped in with a major gesture of support for Pakistan, with its offer to defer payments on oil shipments to Islamabad worth almost US$6 billion.

The Saudi move highlights the desert kingdom's longstanding ties to Pakistan which it considers a close ally on key security issues including the fight against terror.

In the past, too, the Saudis have helped Pakistan in this way when they deferred payments on oil shipments to the south Asian country from 1998 (after Pakistan carried out its first nuclear tests) until 2001.

Those tests in May 1998 were followed by punitive international economic sanctions imposed by countries, including the United States. Eventually, the Saudis wrote off the dues owed by Pakistan on account of the deferred payments on oil.

"There is an agreement in principle to defer oil payments. The modalities are being worked out," said Naveed Qamar, Pakistan's finance minister, in comments reported on Saturday.

Western diplomats and long-term observers of Pak-Saudi ties said, the Saudi gesture is meant to ensure Pakistan's internal stability at a difficult time for the country, and to cushion the effect of spiraling oil prices for a close ally.

"For the Saudis, instability in Pakistan is highly undesirable," said a Western ambassador in Islamabad who previously served in the Middle East. Speaking to CBS News on condition of anonymity, the ambassador said, "Turmoil in Pakistan would seriously jeopardize Pakistan and its surrounding region, and I think it is an outcome that the Saudis do not want to see."

News of the Saudi gesture coincides with reports of U.S. and Afghan troop concentrations growing in numbers near Pakistan's border with Afghanistan. On Saturday, a senior Pakistani security official said the growing troop concentrations had further raised concerns among policymakers in Islamabad.

In the past six months, U.S. officials have repeatedly called for increased Pakistani determination to take action against Islamic militants loyal to the Taliban and al Qaeda, operating from Pakistan's semi-autonomous region next to the Afghan border.

But for Washington, dealing with Pakistan presents one of its trickiest foreign policy challenges, as U.S. officials are also keen to retain the support of Pakistan's government and the influential military in fighting terrorism. "The U.S. has seldom before faced such a complicated policy challenge. Exactly how to retain the support of Pakistan while also taking actions against areas which have become havens for militants?" asked the Western ambassador in Islamabad who spoke to CBS News.