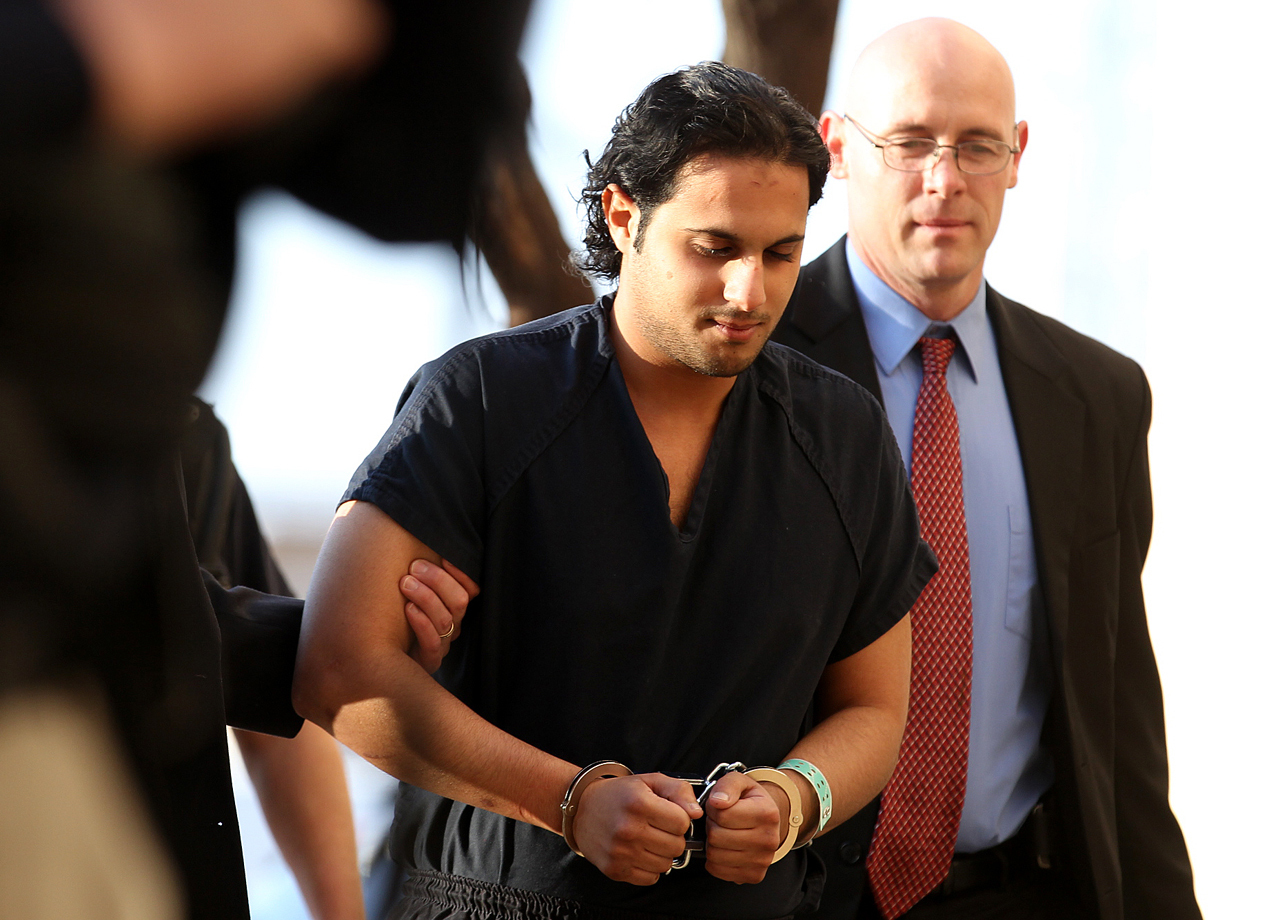 (AP) AMARILLO, Texas - A Saudi man accused of buying chemicals online and attempting to use a weapon of mass destruction was found guilty on Wednesday in federal court in Amarillo.

Khalid Ali-M Aldawsari, who was legally in the U.S. on a student visa, was arrested in February 2011 after federal agents secretly searched his apartment near Texas Tech University in Lubbock and found bomb-making chemicals, wiring, a hazmat suit and clocks.

Texas bomb plot: How the bust went down
Saudi pleads not guilty in Texas terror plot

Authorities also discovered Aldawsari's journal, handwritten in Arabic, in which he wrote he'd been planning a terror attack in the U.S. for years and that it was "time for jihad," or holy war, court documents show.

President Barack Obama was notified about the plot before Aldawsari's arrest.

He faces up to life in prison.

His attorneys claimed that because Aldawsari didn't have a bomb made or a target pinpointed, he couldn't have attempted to use a bomb.

On Feb. 1, 2011, Carolina Biological Supply of Burlington, N.C., a chemical company, reported a suspicious $435 order by Aldawsari to the FBI.

Separately, Con-way Freight, the shipping company, notified Lubbock police and the FBI the same day with similar suspicions because it appeared the order wasn't intended for commercial use.

Within weeks, federal agents had traced Aldawsari's other online purchases, discovered extremist Internet posts and secretly searched his off-campus apartment, computer and email accounts and read his diary, according to court records.

TNP, the chemical explosive that Aldawsari was suspected of trying to make, has approximately the same destructive power as TNT. FBI bomb experts said the amounts in the Aldawsari case would have yielded almost 15 pounds of explosives — about the same amount used per bomb in the London subway attacks that killed scores of people in July 2005.

Aldawsari entered the U.S. in October 2008 from Riyadh, Saudi Arabia, to study chemical engineering at Texas Tech, then transferred in early 2011 to nearby South Plains College, where he was studying business. A Saudi industrial company was paying his tuition and living expenses in the U.S.

The judge moved the trial to Amarillo earlier this year.