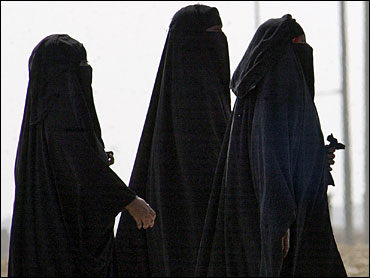 A Saudi court sentenced a woman who had been gang raped to six months in jail and 200 lashes - more than doubling her initial penalty for being in the car of a man who was not a relative, a newspaper reported Thursday.

The decision by the Qatif General Court came in a case that had sparked rare debate about the kingdom's justice system when it surfaced more than a year ago.

In its decision Wednesday, the court also roughly doubled prison sentences for the seven men convicted of raping the 19-year-old woman, the Arab News reported on its English-language Web site.

According to Arab News, the court said the woman's punishment was increased because of "her attempt to aggravate and influence the judiciary through the media."

The New York Times reported that her lawyer, Abdulrahman al-Lahem, is a well-known human rights activist who angered the court by publicly criticizing the verdict. He said the verdict was too lenient for the rapists and unjust for the victim.

The victim had initially been sentenced to 90 lashes after being convicting her of violating Saudi's rigid laws on segregation of the sexes.

Under Saudi Arabia's interpretation of Islamic Sharia law, women are not allowed in public in the company of men other than their male relatives.

The court also banned her lawyer from defending her, confiscated his license to practice law and summoned him to a disciplinary hearing later this month.

The initial sentences for the men convicted of the gang rape ranged from 10 months to five years in prison. Their new sentences range from two to nine years, the paper said.

The attack took place in 2006. The woman has said that it occurred as she tried to retrieve her picture from a male high school student she used to know. While in the car with the student, two men got into the vehicle and drove them to a secluded area. She said she was raped there by seven men, three of whom also attacked her friend.

Reports of the story triggered debate about Saudi Arabia's legal system, in which judges have wide discretion in punishing a criminal, rules of evidence are shaky and sometimes no defense lawyers are present. The result, critics say, are sentences left to the whim of judges.

The judges, appointed by the king, have a wide discretion in handing down sentences, often said to depend on their whim. A rapist, for instance, could receive anywhere from a light or no sentence, to death.

The woman was identified in the media only as the Girl from Qatif. The case was referred back to the General Court by an appeals court last summer, after her lawyer went public with his criticism of the verdict.