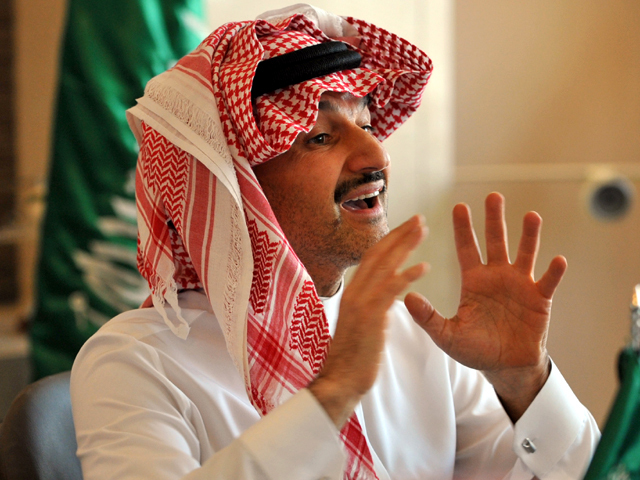 Kingdom Holding Co. said the more than 3,280 foot high Kingdom Tower, to be built north of the Red Sea city of Jiddah, is part of the first phase of the planned Kingdom City. The sprawling mega project, announced in 2008, is slated to cover a two-square mile area.

The project is but one of several ambitious mega-ventures in the kingdom, OPEC's top exporter, as it seeks to diversify its economic base from the crude oil that has fueled its growth for years.

It also reflects a continuation of the unstated race between the oil rich Gulf nations that are also pumping tens of billions of dollars into job creation and housing for their lower income residents.

In June 2009, KHC signed a deal with Dubai-based Emaar Properties to develop and oversee the construction of Kingdom City and Kingdom Tower.

Emaar, which is partly owned by Dubai's government, is the developer of the Burj Khalifa, currently the tallest building in the world.

Alwaleed's proposed skyscraper would shatter the record for Burj Khalifa, which opened in January 2010. That tower has 160 livable floors and rises 2,717 feet, making it not only the tallest building but also the tallest freestanding structure in the world.

By comparison, the tallest building in the United States, the Willis Tower in Chicago, stands at 1,451 feet, although counting its antenna towers it rises to 1,729 feet.

The One World Trade Center tower being built in New York will measure 1,776 feet with its antenna spire. It's due for completion in 2013.

Dubai developer Nakheel had itself planned to build a tower more than 0.6 mile high in the city-state, but it shelved those plans in early 2009 as the global economic crisis soured demand for real estate in the emirate.

The Kingdom Tower deal was signed between Jeddah Economic Co., a KHC affiliate, and the Binladen Group, a construction giant. Binladen will hold 16.6 percent stake in JEC.