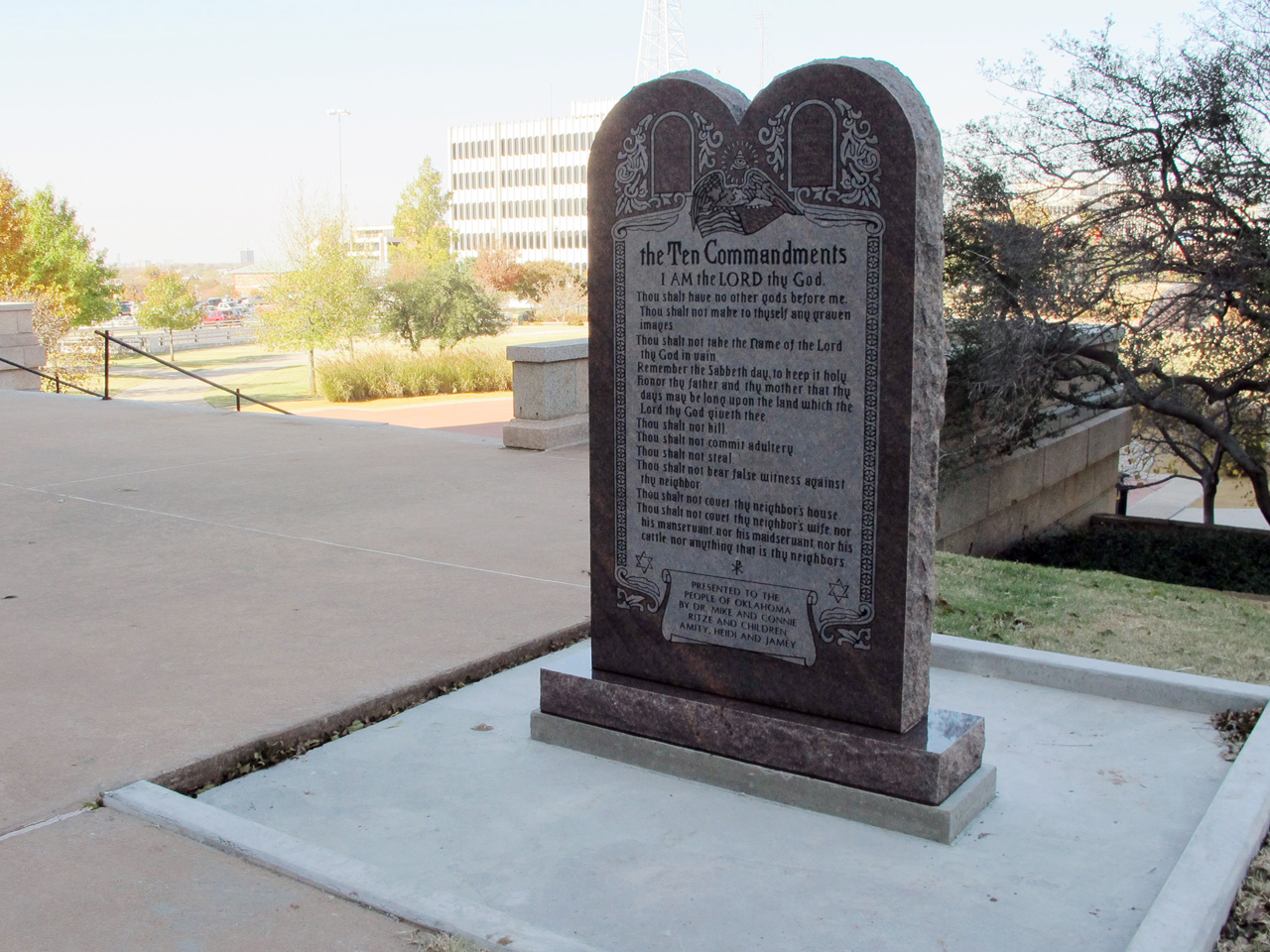 OKLAHOMA CITY - In their zeal to tout their faith in the public square, conservatives in Oklahoma may have unwittingly opened the door to a wide range of religious groups, including Satanists who are seeking to put their own statue next to a Ten Commandments monument outside the Statehouse.

The Republican-controlled Legislature in this state known as the buckle of the Bible Belt authorized the privately funded Ten Commandments monument in 2009, and it was placed on the Capitol grounds last year despite criticism from legal experts who questioned its constitutionality. The Oklahoma chapter of the American Civil Liberties Union has filed a lawsuit seeking its removal.

But the New York-based Satanic Temple saw an opportunity. It notified the state's Capitol Preservation Commission that it wants to donate a monument and plans to submit one of several possible designs this month, said Lucien Greaves, a spokesman for the temple.

"We believe that all monuments should be in good taste and consistent with community standards," Greaves wrote in letter to state officials. "Our proposed monument, as an homage to the historic/literary Satan, will certainly abide by these guidelines."

Greaves said one potential design involves a pentagram, a satanic symbol, while another is meant to be an interactive display for children. He said he expects the monument, if approved by Oklahoma officials, would cost about $20,000.

Republican state Rep. Mike Ritze, who spearheaded the push for the Ten Commandments monument and whose family helped pay the $10,000 for its construction, declined to comment on the Satanic Temple's effort, but Greaves credited Ritze for opening the door to the group's proposal.

"He's helping a satanic agenda grow more than any of us possibly could," Greaves said. "You don't walk around and see too many satanic temples around, but when you open the door to public spaces for us, that's when you're going to see us."

The Oklahoma Legislature has taken other steps that many believe blur the line that divides church and state. The House speaker said he wants to build a chapel inside the Capitol to celebrate Oklahoma's "Judeo-Christian heritage." Several lawmakers have said they want to allow nativity scenes and other religious-themed symbols in public schools.

Republican Rep. Bobby Cleveland, who plans to introduce one such bill next year, said many Christians feel they are under attack as a result of political correctness. He dismissed the notion of Satanists erecting a monument at the Capitol.

"I think these Satanists are a different group," Cleveland said. "You put them under the nut category."

Brady Henderson, legal director for ACLU Oklahoma, said if state officials allow one type of religious expression, they must allow alternative forms of expression, although he said a better solution might be to allow none at all on state property.

"We would prefer to see Oklahoma's government officials work to faithfully serve our communities and improve the lives of Oklahomans instead of erecting granite monuments to show us all how righteous they are," Henderson said. "But if the Ten Commandments, with its overtly Christian message, is allowed to stay at the Capitol, the Satanic Temple's proposed monument cannot be rejected because of its different religious viewpoint."