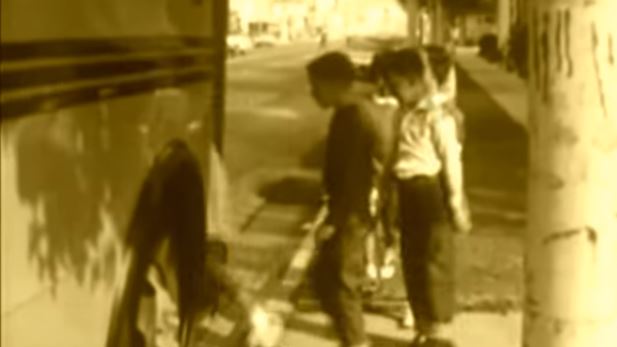 LOS ANGELES -- The Satanic Temple is seeking to place its newly created after-school program called "After School Satan" in places of education across the country, and a Los Angeles-area elementary school is one of its early targets.

The Satanic Temple this weekend unveiled plans for a network of after-school programs that focus not on worship of the Devil, but "critical reasoning, independent-thinking, fun, and free thought," according to the Satanic Temple's website.

The group says it hopes to counter the influence of Christian after-school programs, such as Good News Clubs, that have popped up at schools in the wake of a 2001 U.S. Supreme Court ruling that paved the way for religious organizations to establish after-school activities at public school facilities.

Among the nine schools listed as potential sites for clubs is Chase Street Elementary in Panorama City, which is part of the Los Angeles Unified school district, reports CBS Los Angeles. Other potential sites included schools in Atlanta and Washington, D.C.

The after-school program would emphasize the Satanic Temple's ideology of "Scientific Rationalism," described as "a scientific, rationalist, non-superstitious worldview." The Satanic Temple said it would prefer to exclude religious teachings altogether from school sites, but feels compelled to establish after-school programs to provide an alternative to Christian teachings.

Editor's Note: Below is a video released by the Satanic Temple promoting its after-school program. Some viewers may find the images disturbing.

"Once religion invades schools, as The Good News Clubs have, the Satanic Temple will fight to ensure that plurality and true religious liberty are respected," the said in a statement on its website.

"Twisted Evangelical teachings of The Good News Clubs robs children of the innocence and enjoyment of childhood, replacing them with a negative self image, preoccupation with sin, fear of Hell, and aversion to critical thinking," the group added.

Doug Mesner, the Satanic Temple's co-founder, told USA Today that the group has reached out to nine school districts located near local Satanic Temple chapters and is targeting schools that "have hosted, or are now hosting, Good News Clubs." He said that since the Washington Post first reported on the program this weekend, the Satanic Temple has been inundated with emails from potential volunteers looking to help establish After School Satan clubs.

LAUSD spokeswoman Ellen Morgan said the school district has not been approached by the Satanic Temple about an after-school program, nor are there any "After School Satan" clubs at LAUSD schools.

"We have no 'After School Satan' clubs," she said.

The Satanist after-school clubs would be operated by volunteers at local chapters of the Satanic Temple "who have been vetted by the Executive Ministry for professionalism, social responsibility, superior communication skills, and lack of criminal history," the group says. Mesner told USA Today the meetings would be held for one hour, once a month.

Los Angeles could be fertile ground for a Satanist after-school program. A self-proclaimed Satanist and former U.S. Marine recently ran to replace out-going State Senator Republican Sharon Runner in California's 21st District - which includes Santa Clarita, Lancaster, Apple Valley and Victorville -- and claimed about 12 percent, or 17,735 votes, in June's primary, although he failed to advance to November's election.