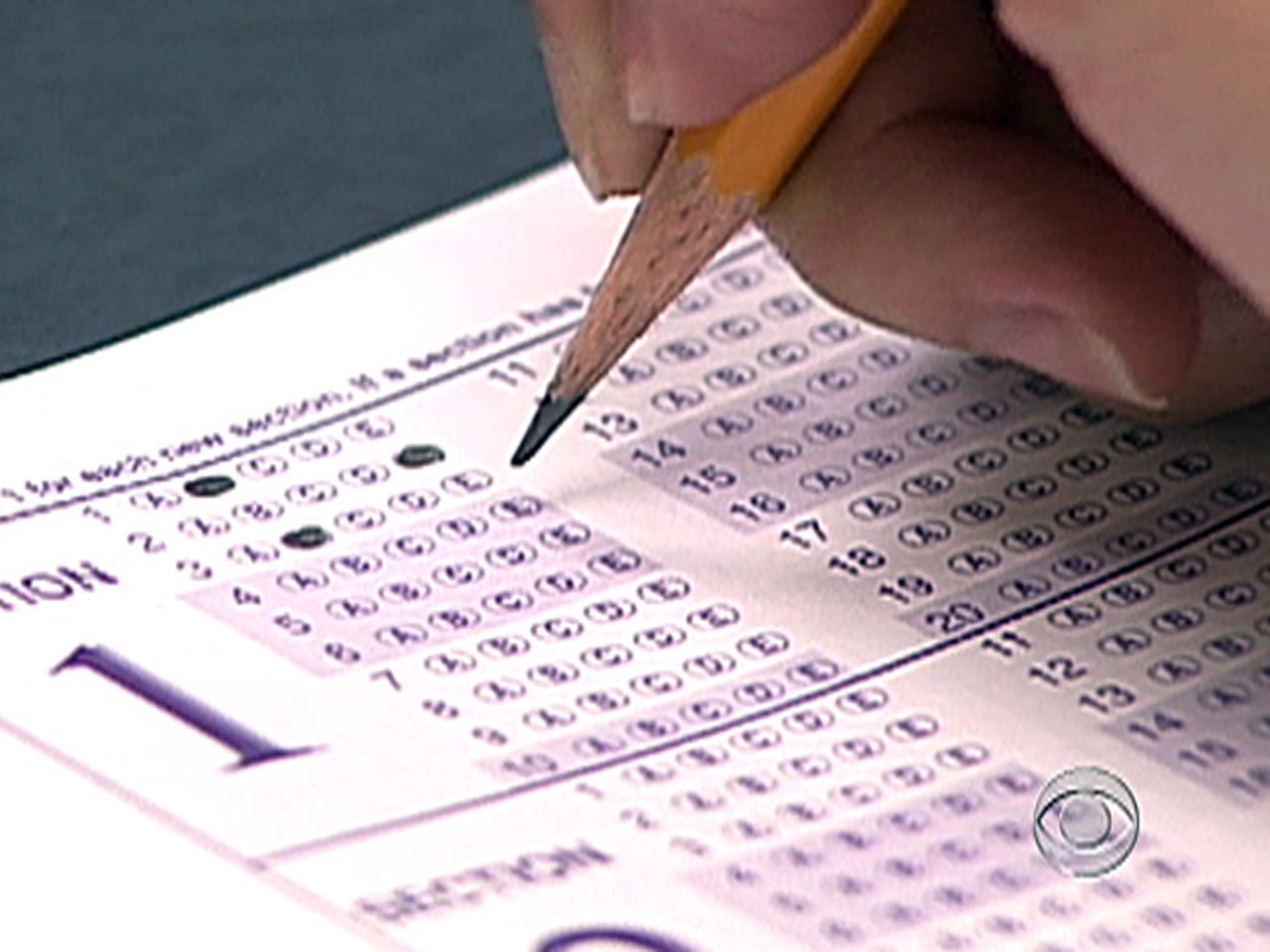 (CBS/AP) MINEOLA, N.Y. - Students taking college entrance exams this fall will have to submit photo IDs with their applications — a key security upgrade following a widespread cheating scandal at a number of high schools on New York's Long Island, a prosecutor and testing officials announced Tuesday.

The security change is one of a number of initiatives following the arrest of 20 current or former high school students accused in a cheating scheme. Nassau County District Attorney Kathleen Rice said some of the students were paid as much as $3,500 to stand in for other students on the SAT exam, a key barometer for many colleges determining admissions.

The Perfect Score: Cheating on the SAT

She said 50 students were likely involved in the scheme, but she only had evidence to arrest 20. The prosecution cases against the 20 students are still pending.

Rice complained that security procedures were too lax, and was particularly incensed when she learned that one male student allegedly stood in for a female on one occasion. She said students have easy access to phony identification cards, making it difficult for administrators at testing sites to determine if a student is actually who he or she claims to be.

"These reforms close a gaping hole in standardized test security that allowed students to cheat and steal admissions offers and scholarship money from kids who play by the rules," Rice said.

In his first interview about his criminal fraud, Sam Eshaghoff tells how he was able to take the SAT and ACT college admissions exams for others who paid him up to $2,500 per test (Watch at left).

The new testing requirements include making students upload a photograph of themselves when they register for the SAT or ACT. Those unable to upload a photo will be permitted to mail in a photo, which will be scanned by the testing agency.

Then, an admission ticket into the testing site, containing the scanned photo, will be mailed to the student.

The photo will not only be printed on the admission ticket, but on the test site roster, and can be checked against the photo ID a student provides at the test center. That photo will be attached to students' scores as they are reported to high schools and colleges.

Other changes include checking student IDs more frequently at test centers; IDs will be checked when students enter a test site, and whenever they re-enter the test room after breaks, and again when the answer sheets are collected.

A spokesman for The College Board noted that some of the security enhancements were developed in consultation with a security firm run by former FBI director Louis Freeh.