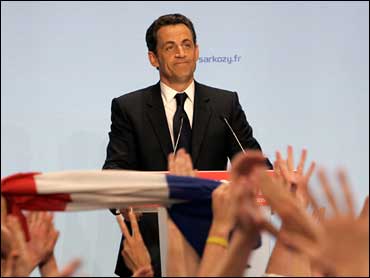 During the campaign for president of France, Socialist Sègolene Royal's supporters derided conservative front runner Nicolas Sarkozy as "an American neo-conservative with a French passport."

The line Royal and her backers pushed as she struggled to close the gap in the final sprint to catch up with Sarkozy was that the conservative would abandon France's traditional stance as an independent player on the international stage and make the nation little more than an American puppet state.

The charge was always something of a stretch. Sarkozy may have been more comfortable than Royal when it came to speaking of "friendship" with the U.S., but he always explained that friendship did not require "submission."

Sarkozy was never going to be George Bush's "poodle" in the way that British Prime Minister Tony Blair had been in the run-up to the Iraq war. During the campaign, Sarkozy pointedly stated his opposition to the war, backed moves to withdraw French troops from Afghanistan, and allowed as how "the messianic side of Americans can be tiresome."

That said, Sarkozy was during the course of the campaign portrayed as the more Bush-friendly candidate for the presidency, a characterization that did him no good in a country where the American leader enjoys only a six percent approval rating.

No serious election observer doubted that it was Sarkozy's tough talk about modernizing the French economy and promoting law and order — as well as Royal's missteps early in the campaign — that gave the conservative the lead. Still, Sarkozy's 53-47 win over Royal in Sunday's voting was always going to be seen as something of a victory for Bush. The White House rushed to congratulate the winner, as presidential aides and appointees spoke up about how the administration really looks forward to working with the man who will replace outgoing French President Jacques Chirac, a frequent thorn in Bush's side.

But Sarkozy, who ran with Chirac's support, was not playing the poodle role on the night of his electoral triumph.

Conscious of fears that he would be unwilling to stand up to an American president who was making mistakes, the French president-elect delivered an acceptance speech that promised friendship to the United States but rejected acquiescence.

Speaking of his desire for good relations with the U.S., Sarkozy did not hesitate to prod Washington on an issue — after Iraq — has put the Bush White House most at odds with the world. While Bush and his allies have long attempted to deny the seriousness of the threat posed by global warming, and in so doing have undermined international efforts to address climate change, the French president-elect said, "I want to tell them [American leaders] as well that friendship is accepting that one's friends can act differently, and that a great nation like the United States has the duty to not obstruct the fight against global warming, but, on the contrary, to take the lead in this struggle because what is at stake is the future of all humanity."

Despite that opening salvo, Sarkozy is not likely to be so publicly pointed in his challenges to U.S. policies as Royal would have been.

But the conservative, who led the race from the start, knows that Royal scored points by suggesting that Sarkozy would be too willing to align with the U.S., and he is taking important steps to establish his independence.

That's important, for France and the U.S.

As Sarkozy says, honest friendship between countries is about more than just allies saying "yes" to allies.

Honest friendship between countries requires a pointed challenge when the capable leader of one country comes to the conclusion that an ally is at odds with reality.

There's no question that President Bush is at odds with reality when it comes to global warming.

Sarkozy's willingness to challenge the American president in his first address as the president-elect of France marks him as a something more than a French poodle.