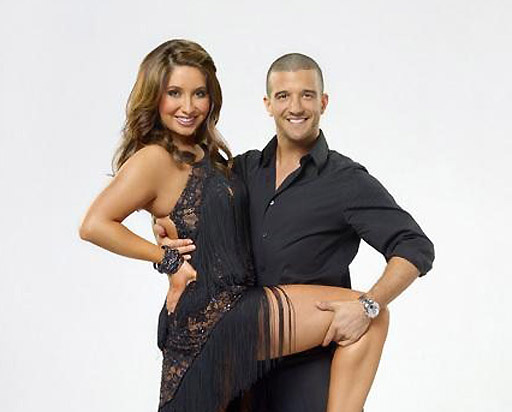 NEW YORK (CBS) Looks as if  there will be a "mama grizzly" in the audience at Monday night's premiere of "Dancing with the Stars."

Sarah Palin, the former Alaska governor and U.S. vice presidential candidate, will be sitting in the audience for the premiere episode to support daughter, Bristol Palin, as she tests her dance moves on the ABC reality competition, reports Access Hollywood.

The younger Palin admitted on the "Tonight Show" that she is leaning on her mom for emotional support.

"She's my number-one cheerleader and I can't wait for her to come watch the performances and just see me in a whole new light," she said.

According to TMZ, Palin and her professional partner Mark Ballas will dance a cha cha cha to "Mama Told Me Not to Come" Monday night.

In the 11th season, Palin will be competing for the mirrorball trophy against a crowd of well-known names, including actors Florence Henderson, Jennifer Grey, David Hasselhoff, reality TV stars Mike "The Situation" Sorrentino from "Jersey Shore," Audrina Patridge from "The Hills," and singers Michael Bolton and Brandy.

The season 11 premiere episode of "Dancing with the Stars" airs Monday at 8 p.m. ET on ABC.