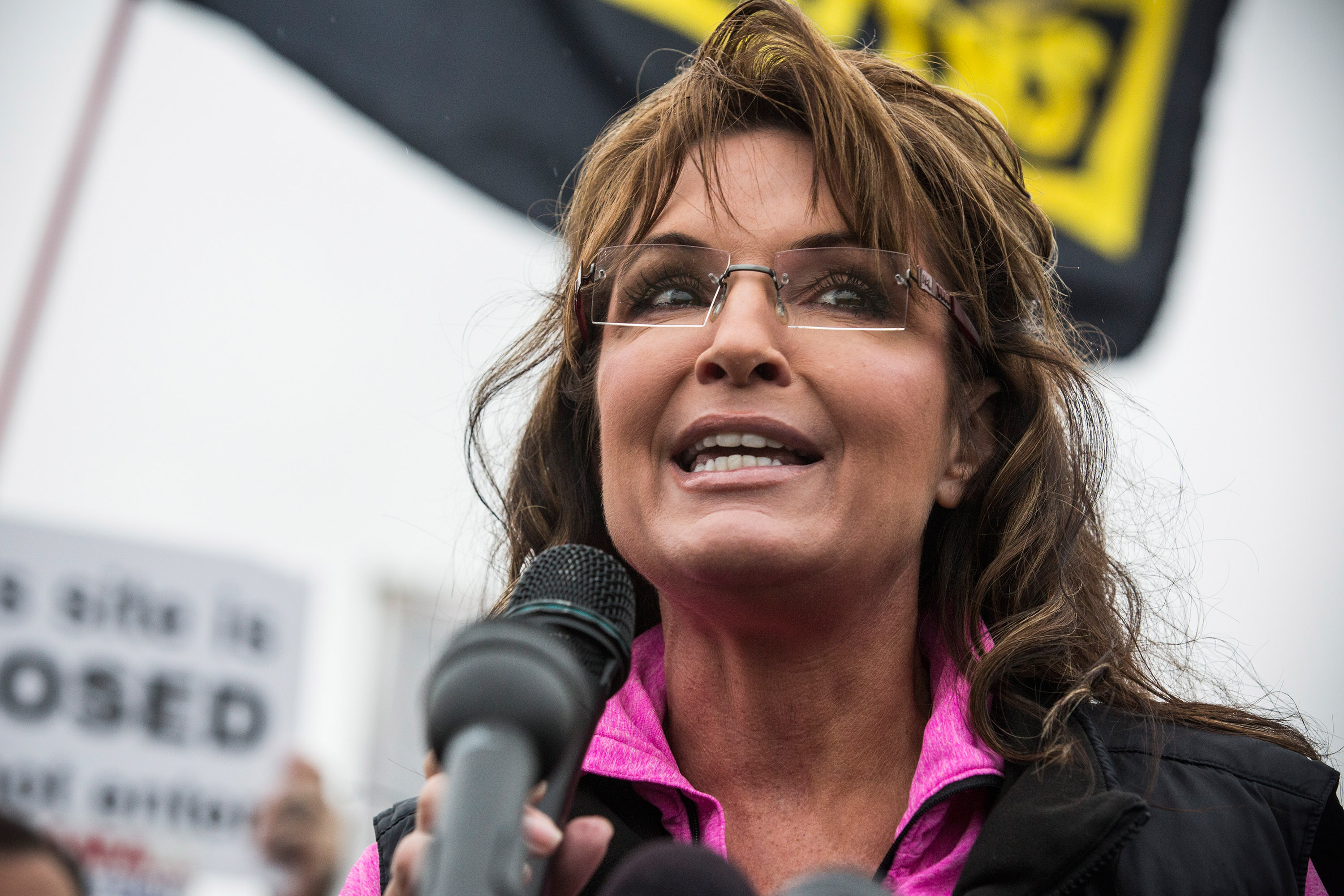 With Russian forces moving into Ukraine's Crimean peninsula and preparing for a possible deeper incursion into the former Soviet republic, former Gov. Sarah Palin, R-Alaska, took to Facebook Friday to boast that she saw it coming.

"Yes, I could see this one from Alaska," quipped Palin, who was her party's 2008 vice presidential nominee, in a reference to her assertion then that Alaska's proximity to Russia afforded her unique insight into U.S.-Russian relations.

In October 2008, after Russia's invasion of neighboring Georgia emerged as a foreign policy flashpoint in the homestretch of a heated campaign, Palin told an audience in Nevada, "After the Russian army invaded the nation of Georgia, Senator Obama's reaction was one of indecision and moral equivalence, the kind of response that would only encourage Russia's Putin to invade Ukraine next."

Her prediction was derided by Foreign Policy magazine as "strange" and "extremely far-fetched," but Palin, frequent media antagonist that she is, couldn't resist crowing about how events have played out.

"I'm usually not one to Told-Ya-So, but I did, despite my accurate prediction being derided as 'an extremely far-fetched scenario' by the 'high-brow' Foreign Policy magazine," Palin wrote Friday.

"Here's what this 'stupid,' 'insipid woman' predicted in 2008," she added, before rehashing her prediction.

Conservatives quickly rallied behind Palin, whose treatment at the hands of the national media they've long deemed unfair. Talk radio host Mark Levin tweeted, "Palin not only knows where Russia is, but she knew what Putin would do to Ukraine with Obama as president."

U.S. captives said they "prayed for death" on brutal ride from Ukraine