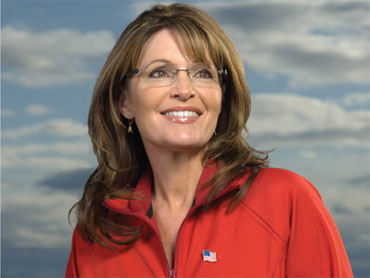 (AP Photo/Harper)
If you had any doubt that a global warming scandal once confined to an obscure British university has hit the U.S. political system squarely in the nose, read former Alaska governor Sarah Palin's op-ed piece in The Washington Post.

The former Republican vice presidential candidate writes, about the leaked document scandal known as ClimateGate, that: "The e-mails reveal that leading climate 'experts' deliberately destroyed records, manipulated data to 'hide the decline' in global temperatures, and tried to silence their critics... The documents show that there was no real consensus even within the (Climate Research Unit) crowd. Some scientists had strong doubts about the accuracy of estimates of temperatures from centuries ago, estimates used to back claims that more recent temperatures are rising at an alarming rate." (See CBS News' prior coverage.)

Palin's article appears, of course, as the climate change summit in Copenhagen is beginning. While it's uncertain what the outcome will be, a recent report from a U.N. working group outlines what many delegates would like to see in a final agreement: Wealthier nations including the United States will make "mandatory contributions" to a "multilateral climate change fund" paid for by the requirement that "developed country parties shall restructure their taxation regime." The report warns: "Delay by developed country parties in implementing their commitments to reduce emissions will increase their climate debt to the developing country parties."

It also comes as the domestic political debate about climate change and associated costs is intensifying, with one catalyst being the EPA's announcement this week that global warming from carbon dioxide is a threat to the public. The EPA acknowledged it relied on U.N. data -- in part from the University of East Anglia's Climatic Research Unit, the subject of the leak -- when concluding that CO2 emissions are dangerous.

A CNN poll released Monday say that only 45 percent of Americans believe that global warming is caused by human activity, down from 56 percent two years ago. Mainstream physicists at Princeton University are telling CBSNews.com that the science has become politicized. And Oklahoma Republican Sen. James Inhofe, a skeptic of the man-made warming theory, told CNN this week that the Democratic cap and trade bill was dead.

Palin points out that President Obama declared his intention to "restore science to its rightful place," which would seem to encompass an independent investigation into the East Anglia leak. The research there, after all, was in part funded by U.S. tax dollars.

Democrats were, often correctly, warning about politicized science during the Bush administration. But since approximately noon on Jan. 20, they've been remarkably silent about, say, allegations that an internal EPA report skeptical of global warming was suppressed, while downplaying the significance of the ClimateGate leak.

Palin writes: "Without trustworthy science and with so much at stake, Americans should be wary about what comes out of this politicized conference. The president should boycott Copenhagen." Anyone want to place bets on how likely that is to happen?

Declan McCullagh is a senior correspondent for CBSNews.com. He can be reached at declan@cbsnews.com and can be followed on Twitter as declanm. You can bookmark Declan's Taking Liberties site here, or subscribe to the RSS feed. Before becoming a CBS employee, Declan was chief political correspondent for CNET, a reporter for Time, and Washington bureau chief for Wired.
View CBS News In