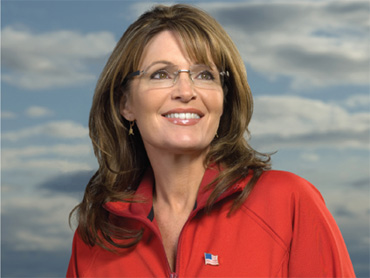 HarperCollins spokeswoman Tina Andreadis said Tuesday that just two weeks after publication, Sarah Palin's memoir has sold 1 million copies. The print run for "Going Rogue" has been increased again, to 2.8 million copies. The original printing was 1.5 million, then moved up to 2.5 million.

Fact Check: Palin Contradicts Her Own Version Of Events
Sarah Palin: I Was "Annoyed" by Couric's Question
Sarah Palin: My Life is Like a Reality Show
Bob Schieffer on Palin: No Future in Politics
CBS News Poll: Less Than 1 in 4 Have Favorable View of Palin
Is Palin Selling Books or Settling Scores?
Exclusive: Palin Accounts Disputed by McCain Aides
Fact Check: Palin Seems to Misrepresent Timeline on Daughter's Pregnancy

From an appearance Oprah, to an interview with Barbara Walters, to a three-week long blitz starting with a bus tour through much of middle America, Palin is in full-fledged campaign mode. This time the goal is not to win votes, but to sell books.

Crowds have turned up at many of her of books signings with people standing in line for hours to get an autograph from the former vice presidential candidate.
By Hillel Italie