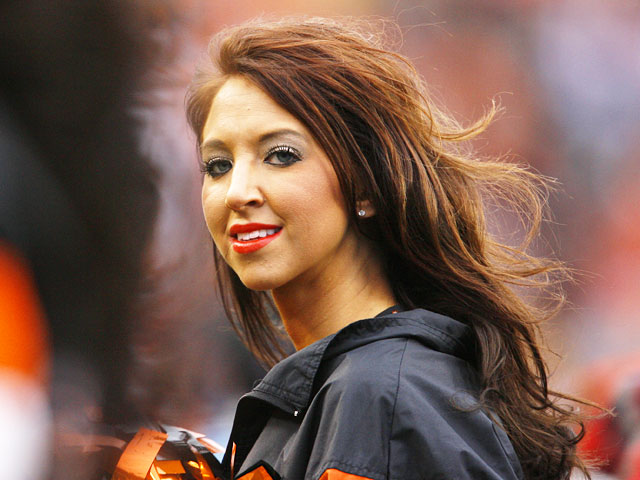 (CBS/AP) COVINGTON, Ky. - A northern Kentucky judge is considering whether to impose a gag order Monday in the case of Sarah Jones, the former Cincinnati Bengals cheerleader who is accused of having a sex with a 17-year-old student when she was a teacher.

Pictures: Ex-NFL cheerleader to testify at her sex abuse trial

Kenton Circuit Judge Patricia Summe took the request for a gag order under advisement, but said she was concerned the publicity surrounding the case would make it hard to seat a jury.

The ex-cheerleader faces a sex abuse charge. Her mother, Cheryl Jones, is charged with tampering with evidence.

Despite the gag order request, Sarah Jones is firing back at her critics and the rumors about her personal life, saying she is not the "female Sandusky" - referring to the Jerry Sandusky child sex abuse trial in which the former Penn State assistant coach was convicted last month of 45 counts of sexually abusing 10 boys.

"I read on a blog that I was the female [Jerry] Sandusky. To read those things and not be able to comment, not be able to stick up for myself is not fair," said Sarah Jones in an interview with ABC News on Tuesday. "I just ask the general public to maybe hold their judgment a little bit longer until the truth comes out."

Prosecutors requested the gag order after Jones spoke about the case on her attorney's radio show last month.