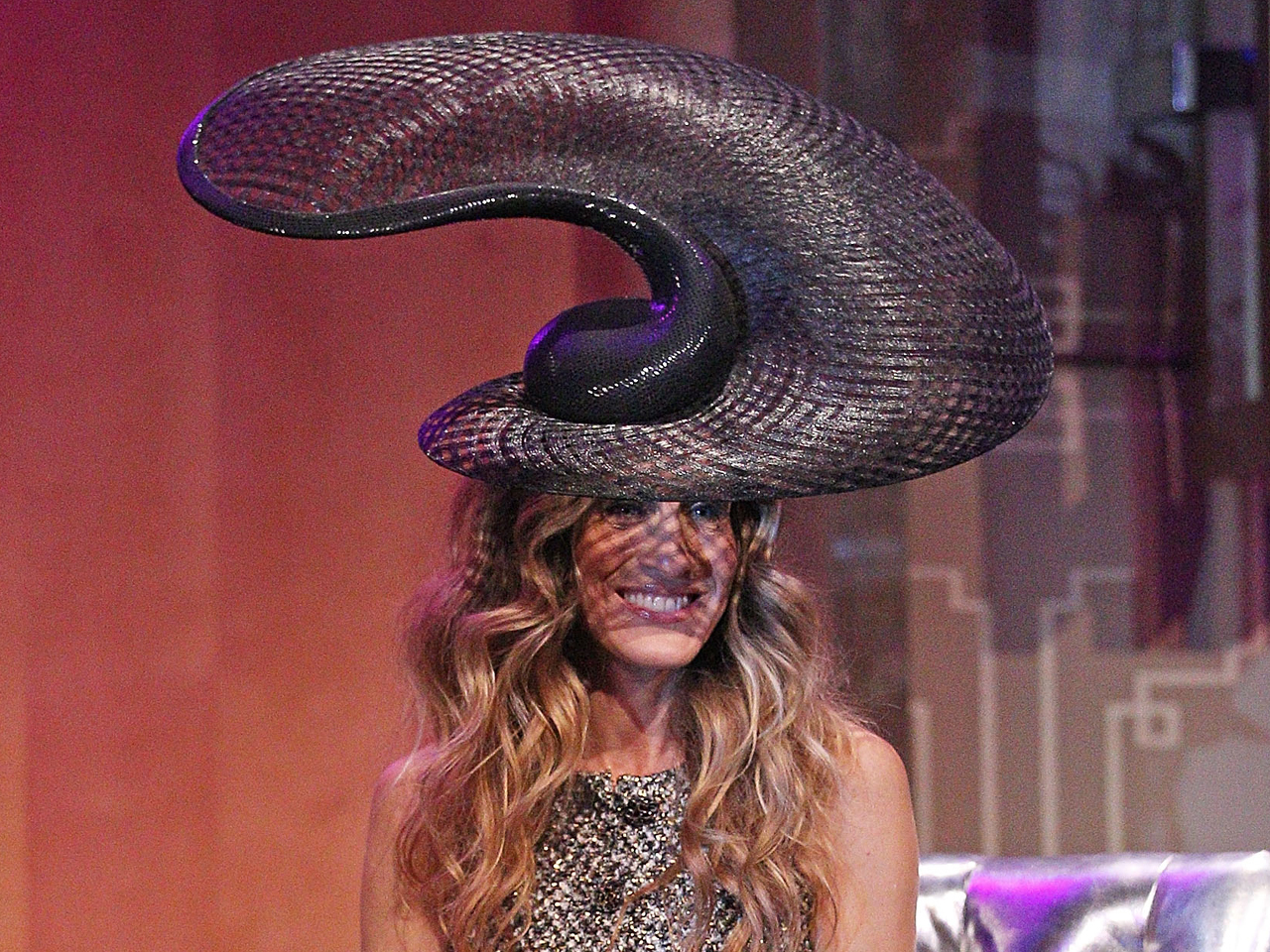 The hat, designed by famous hat maker Philip Treacy, was part of Parker's outfit when she attended the Crown Oaks Club Ladies Luncheon in Melbourne, Australia.

According to the Daily Mail, Treacy said he spent more than 200 hours creating the silk and fiber headpiece, and that he designed another topper for her appearance at the Crown Oaks Day horse racing event on Thursday.

"She's the ultimate fashion icon," he told the paper.

Parker is in Australia to promote her film "I Don't Know How She Does It."

Tell us: What do you think of Parker's hat?