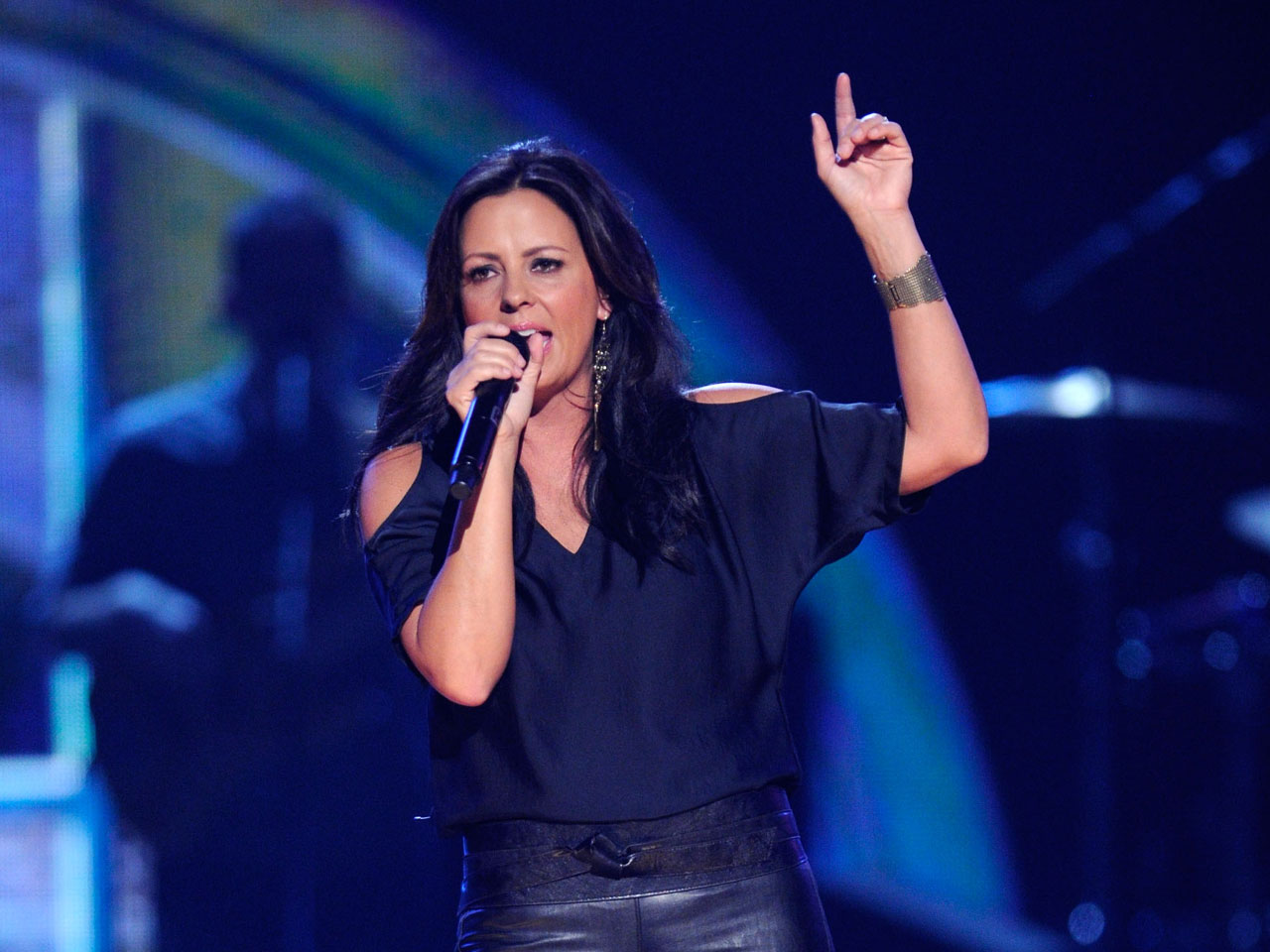 The 40-year-old singer, dressed in leather pants and a black top, received a standing ovation from the audience after performing the song, which is about pulling through hard times.

The song is from Evans' most recent album, "Stronger," which was released on March 8.

The album - her first collection of new material in almost six years - comes after a tumultuous time in the singer's personal life. In 2006, she dropped out of "Dancing with the Stars" after filing for divorce from husband Craig Schelske. Their divorce became final in 2007. Evans went on to marry Jay Barker, a radio host and former University of Alabama quarterback, in June 2008.