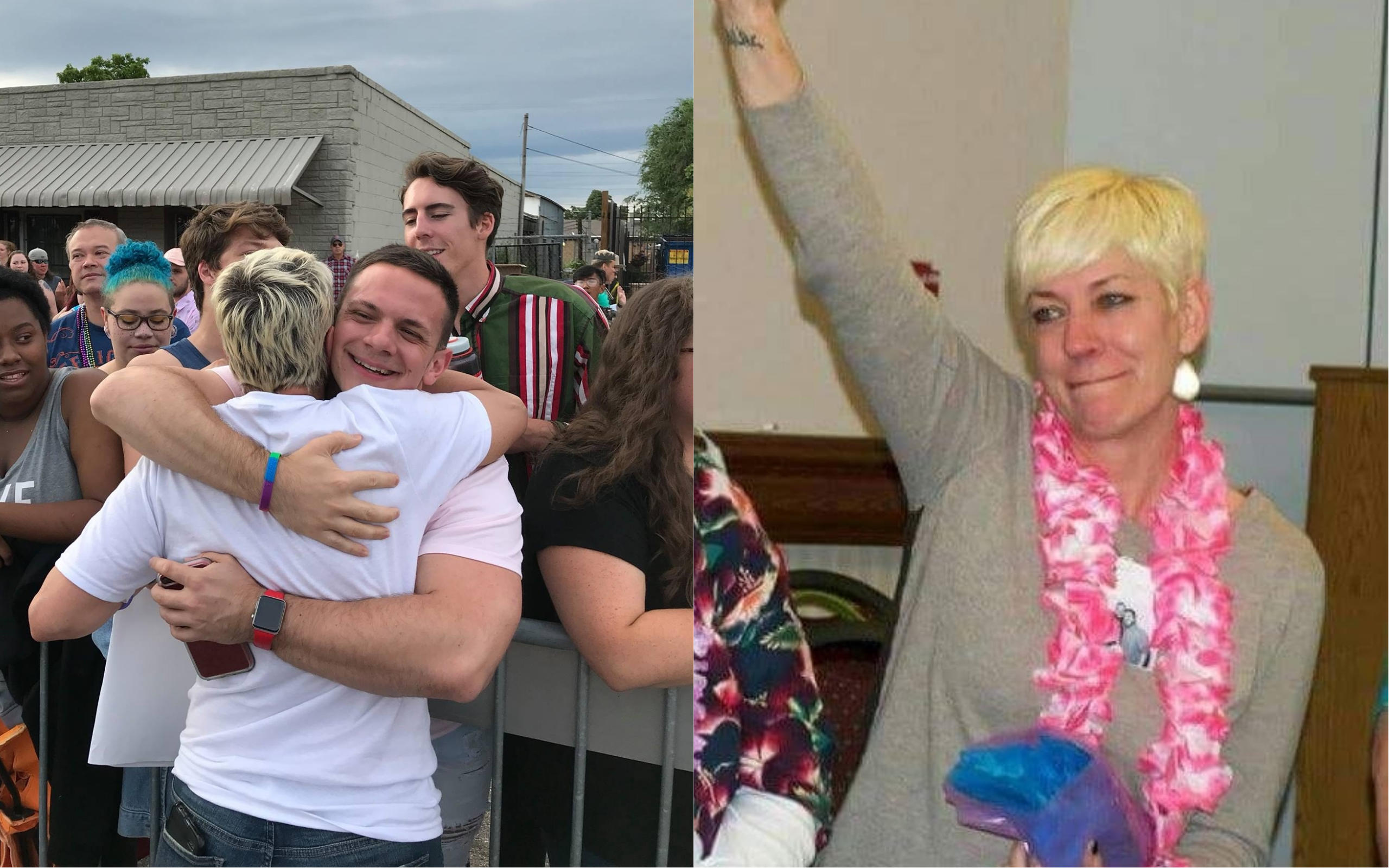 Sara Cunningham, a mother from Oklahoma, wrote on Facebook last week "If you need a mom to attend your same sex wedding because your biological mom won't, call me. I'm there." When she first wrote the post, she didn't imagined how far her offer would go. But now, she has gone viral as a stand-in mom.

Cunningham tells CBS News she has been involved in the LGBTQ community for years. One of her sons, Parker, is gay, and when he was 21 years old, he told her "'Mom, I met someone and I need you to be okay with it,'" Cunningham recalled. She admits that at first it was hard for her to be "okay" with it.

"I'm a woman of faith ... We live in a conservative town," Cunningham said. "It sound bad to say it, but I felt like I had to chose between my child and faith. I was under this impression it was the ultimate offense."

"I didn't know where to look for resources at first. I thought I was the only mom in Oklahoma with a gay kid," she told CBS News. Cunningham turned to a private Facebook group for moms going through the same thing, and she said it completely changed her life.

The mother went from not knowing how to reconcile with her faith, to writing a book to help other mothers struggling to accept their LGBTQ children: "How We Sleep at Night: A Mother's Memoir."

In 2014, she and her husband attended a pride parade in their state. "We stood with our son at a pride parade in Oklahoma City. It was my first interaction with the community that I was so alienated from by my own ignorance and my own fear ... And I realized this was a beautiful community." She went back to the parade in 2015 and this time made her own button to wear.

"Free Mom Hugs," her pin read. "Anyone who made eye contact with me, I'd say, 'Can I offer you a free mom hug or high five?' And I went home with glitter all over me." It wasn't all glitter and hugs at the pride parade, she said. Members of the LGBTQ community told her about the rejection from their families that they suffered. "I heard horror stories that would haunt me," she said.

Now, Cunningham runs her own Facebook group for mothers, inspired by her pride parade pins. The "Free Mom Hugs" page offers other moms advice and hopes to educate parents on the LGBTQ communtiy. She said over 3,000 people have joined and helped spread her movement of attending pride festivals and offering "mom hugs."

Cunningham also became ordained so she can officiate LGBTQ weddings. "Many of the weddings I officiate, I'll say, 'How are your parents? Are they accepting?' And they say, 'Well, I don't know if I'll invite them or not, they don't acknowledge my relationship,'" Cunningham said. She said instances like this prompted her to write the now-viral post about being a "stand-in mom" at weddings.

Cunningham has officiated 12 same-sex weddings so far, she said, and since posting her offer to attend weddings as a "mom," her inbox has been flooded. "There's so many -- I don't mean to sound boastful -- but I haven't even been able to address my private messages yet. Theres 130 in my inbox," Cunningham told CBS News.

For anyone that is serious about inviting her to their wedding, Cunningham said: "I'll be your biggest fan. I'll even bring the bubbles."

Cunningham said the members of her "Free Mom Hugs" organization visit "churches, colleges, hospitals...we're helping in any area that we can." As for fathers, Cunningham said they are more than welcome in the "Free Mom Hugs" group. "When we have dads walk with us in the pride parades, we have kids going over the barricades to get hugs from these dads," she said. "We encourage dads, friends and advocates to walk with us."