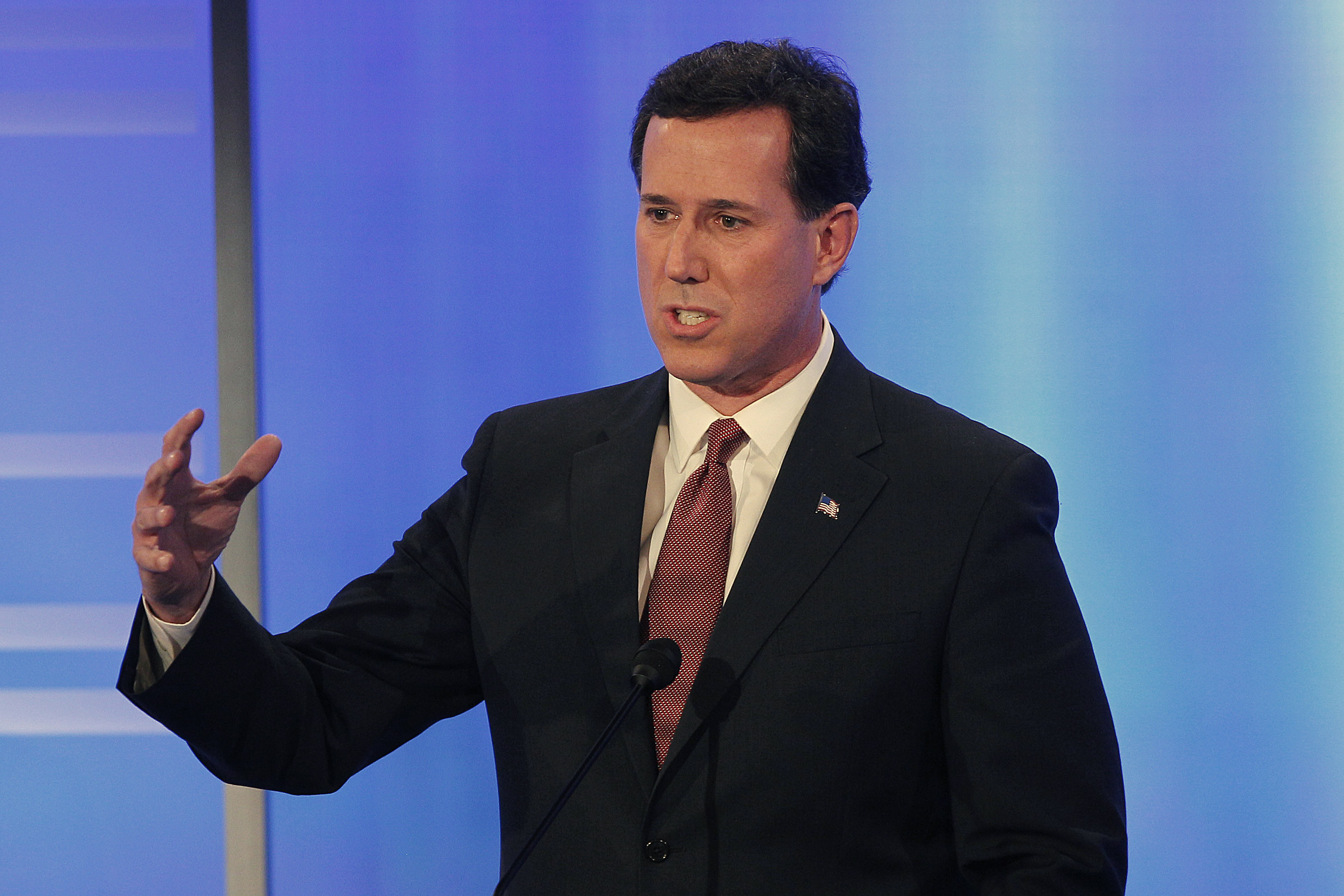 Former Pennsylvania Sen. says the United States does not have any classes and Republicans should stop using the term "middle class" because it only helps President Obama drive a wedge among the Republicans looking to unseat him.

"The governor [Mitt Romney] used a term earlier that I shrink from, and it's one that I don't think we should be using as Republicans: "Middle class." There are no classes in America, Santorum said Saturday at a Republican presidential debate in New Hampshire sponsored by ABC News/Yahoo!/WMUR-TV.

"We're a country that don't allow for titles. We don't put people in classes. Maybe middle income people. But the idea, somehow or another, that we're going to buy into the class warfare arguments of Barack Obama is something that should not be part of the Republican lexicon," Santorum said.

"That's their job. Divide. Separate. Put one group against another. That's not the language that I'll use as president, I'll use the language of bringing people together," he added.

In September, his campaign reposted a news article from a Pennsylania newspaper touting Santorum's efforts "to rebuild Middle Class."