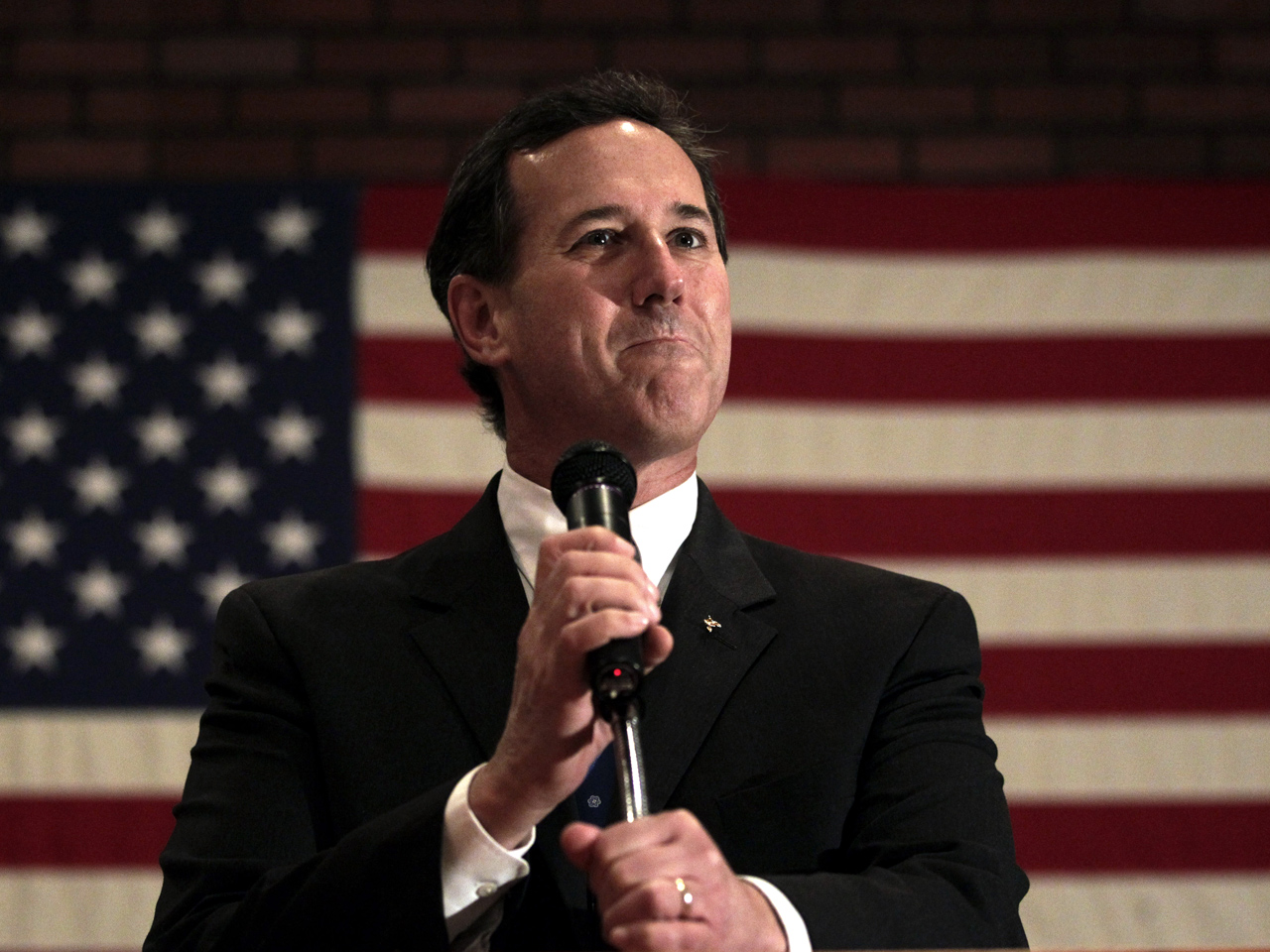 (CBS News) FRANKSVILLE, Wis. - In directing what appeared to be a new level of vitriol toward Mitt Romney, Rick Santorum on Sunday described his rival as "the worst Republican in the country to put up against Barack Obama." Santorum later, however, bristled at the notion that he was referring to anything other than Romney's position on health care.

After a rally at the South Hills Country Club here, Santorum asked Republicans to "pick any other Republican in the country" than GOP presidential front-runner Romney, based on issues that make the former Massachusetts governor "uniquely disqualified" to run against Obama.

Reporters swarmed him for clarification, only to have Santorum testily reply that it was unreasonable to take his comment outside the context of health care.

"I would say, as for, on the issue of health care, yes, that's what I was talking about - Obamacare, as you heard me say," he said. "That's what I said. I didn't say anything different than that. That's exactly what I said."

Minutes later, Jeff Zeleny of The New York Times followed up with a question about his outburst, to which Santorum asked, "What speech did you listen to? Stop lying." (watch the full exchange at left)

Pressed further, Santorum clarified that he meant Romney was the worst candidate "to run against Barack Obama on the issue of health care, because he fashioned the blueprint. I've been saying it in every speech. Quit distorting our words. If I see it [in print], it's bull(expletive). C'mon man, what are you doing?"

Romney spokesman Ryan Williams quickly issued a statement in response: "Rick Santorum is becoming more desperate and angry and unhinged every day. He see conservatives coalescing around Mitt Romney and he's rattled by the backlash caused by his suggestion that keeping Barack Obama would be better than electing a Republican. He's panicking in the final stages of his campaign."

New York Times reporter Jeff Zeleny discussed his exchange with Santorum on "CBS This Morning" on Monday. Watch the interview below: