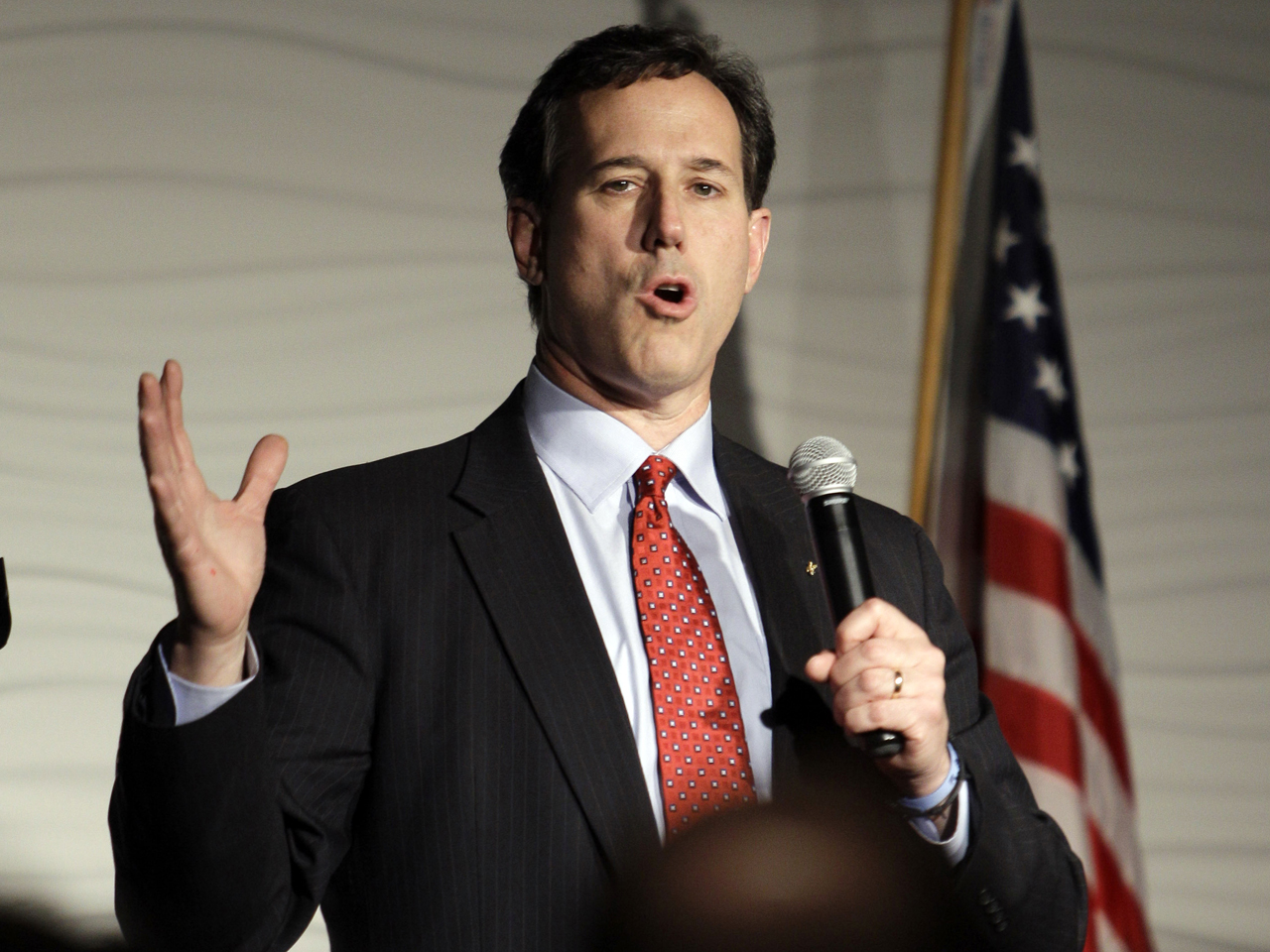 As the GOP primary race comes down to the wire in Michigan, Rick Santorum's campaign has a last trick up its sleeve.

The campaign has launched telephone robocalls throughout the state slamming rival Mitt Romney for opposing the auto industry bailout in late 2008 and early 2009, and urging Democrats to show up for Tuesday's Republican primary and cast ballots for Santorum.

"Michigan Democrats can vote in the Republican primary on Tuesday. Why is it so important?" the voice on the call says. "Romney supported the bailouts for his Wall Street, billionaire buddies, but opposed the auto bailouts. That was a slap in the face to every Michigan worker, and we're not going to let Romney get away with it."

The call urges listeners to "send a loud message" to Romney by voting for Santorum, even though Santorum, too, opposed the auto industry bailout. It ends with the line: "This call is supported by hard-working Democratic men and women and paid for by Rick Santorum for president."

Ryan Williams, a Romney spokesman, issued a statement late on Monday that said: "It is outrageous that Rick Santorum is inviting Democrats into the Republican primary to vote against Mitt Romney. Rick Santorum has moved beyond just 'taking one for the team.' He is now willing to wear the other team's jersey if he thinks it will get him more votes. We believe that Republicans will decide who wins Michigan, and we are confident that will be Mitt Romney."

A Santorum spokesman defended the attempt to turn out Reagan Democrats for Santorum, despite the fact that Santorum's position on the bailout was the same as Romney's.

"Any conservative message that reaches out, when it's about creating jobs for all Americans is going to be attractive to Reagan Democrats," Santorum spokesman Hogan Gidley said in an interview, explaining the rationale for the robocalls. "We're going to need those Reagan Democrats to win this election."

Asked about the contradiction in Santorum's robocalls criticizing a position Santorum himself took, Gidley said the content of the robocalls is justified because Romney supported the financial industry bailout while opposing the auto bailout, while Santorum opposed both, suggesting the issue is consistency.

"Governor Romney opposed the auto bailout for the workers of Detroit, but was fine pushing the bailout for his friends on Wall Street," Gidley said. "Either be all for the bailout or all against the bailout, but don't pick winners and losers."

However, the robocalls do not mention Santorum's opposition to the auto bailout, or the consistency issue, and in fact leave listeners with the impression that Santorum supported the auto bailout.