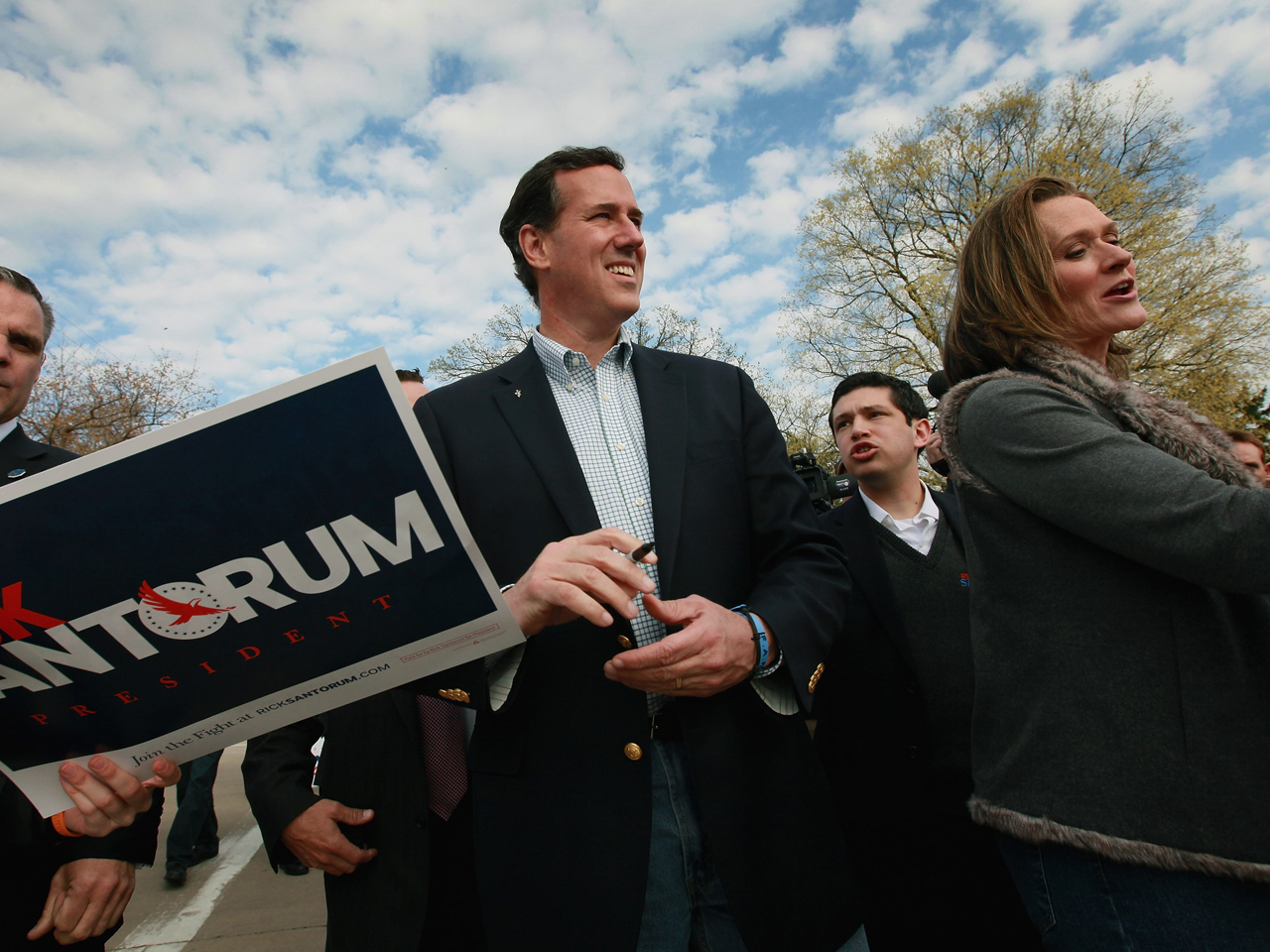 BEDFORD, Pa. - Rick Santorum is not quitting the race, his spokesman Hogan Gidley said Tuesday, despite a late-night change in his campaign schedule to accommodate the release of his daughter from the hospital that resulted in cancellation all of his morning events.

The campaign announced early Tuesday morning that Santorum's three-year-old-daughter, Bella, was being released from the hospital after falling ill over the weekend. They also axed two events in Pennsylvania - a rally in Bedford and a speech to the Penn State Dickinson School of Law in Carlisle - so Santorum could help his family "settle in at home."

"Rick and Karen are happy to announce that their daughter Bella has been discharged from the hospital and returned home earlier Monday evening," Gidley said in a release.

The two morning events were replaced with an event at 2 p.m. in Gettysburg, Pa., that Gidley said was added to minimize speculation that Santorum was dropping out of the race.