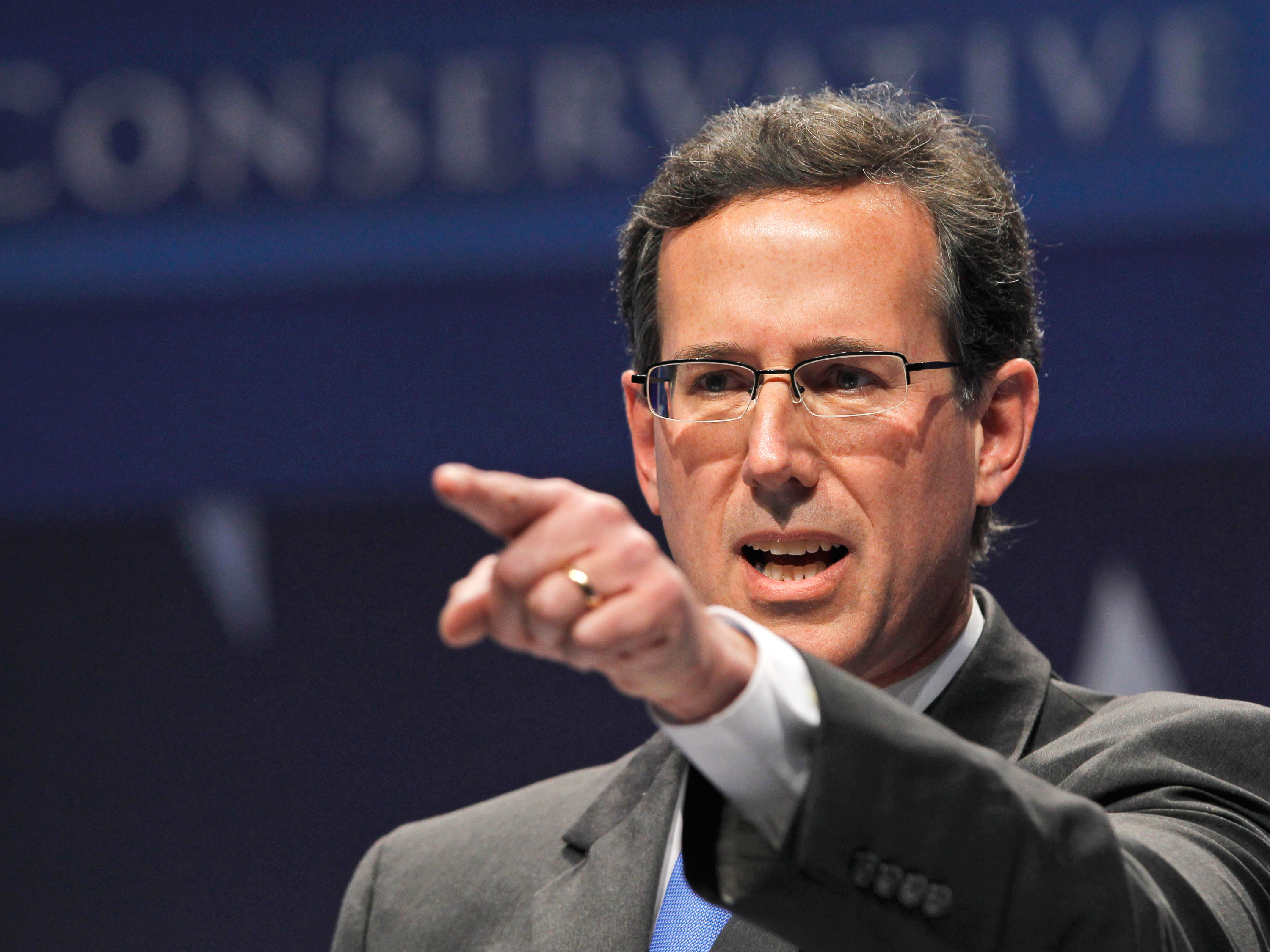 Republican presidential hopeful Rick Santorum on Tuesday accused Sen. John McCain of not understanding "how enhanced interrogation works," despite the fact that McCain, a former war prisoner in North Vietnam, was repeatedly subjected to torture during his 5 ½ years in captivity.

In a radio interview with the conservative talk show host Hugh Hewitt on Tuesday, Santorum reiterated his support for the use of so-called "enhanced interrogation techniques" and argued that such tactics had been crucial in tracking down Osama bin Laden.

"Everything I've read shows that we would not have gotten this information as to who [bin Laden's trusted courier] was if it had not been gotten information from people who were subject to enhanced interrogation," he argued on the radio show.

Arizona Sen. John McCain has spoken out in recent days against the use of torture as an interrogation technique, citing information from CIA chief Leon Panetta to argue that enhanced interrogation was not responsible for the discovery of Osama bin Laden, and that, in fact, using such methods could come back to hurt Americans.

"I opposed waterboarding and similar so-called 'enhanced interrogation techniques' before Osama bin Laden was brought to justice. And I oppose them now," McCain said in a speech on the Senate floor last week. "I do not believe they are necessary to our success in our war against terrorists, as the advocates of these techniques claim they are."

"Even more importantly, I believe that if America uses torture, it could someday result in the torture of American combatants," he added. "I know that Al-Qaeda and other terrorist organizations do not share our scruples about the treatment of enemy combatants, and have and will continue to subject American soldiers and anyone they capture to the cruelest mistreatment imaginable. But we must bear in mind the likelihood that some day we will be involved in a more conventional war against a state and not a terrorist movement or insurgency, and be careful that we do not set a standard that another country could use to justify their mistreatment of our prisoners."

Santorum argued that McCain was mistaken.

"He doesn't understand how enhanced interrogation works," the former Pennsylvania senator told Hewitt. "I mean, you break somebody, and after they're broken, they become cooperative. And that's when we got this information. And one thing led to another, and led to another, and that's how we ended up with bin Laden."

According to a first-person account of his experience as a POW in Vietnam, McCain was repeatedly subjected to physical and psychological abuse during his imprisonment, which lasted for more than five years. He has also McCain described giving false information to his interrogators in response to the harsh tactics.