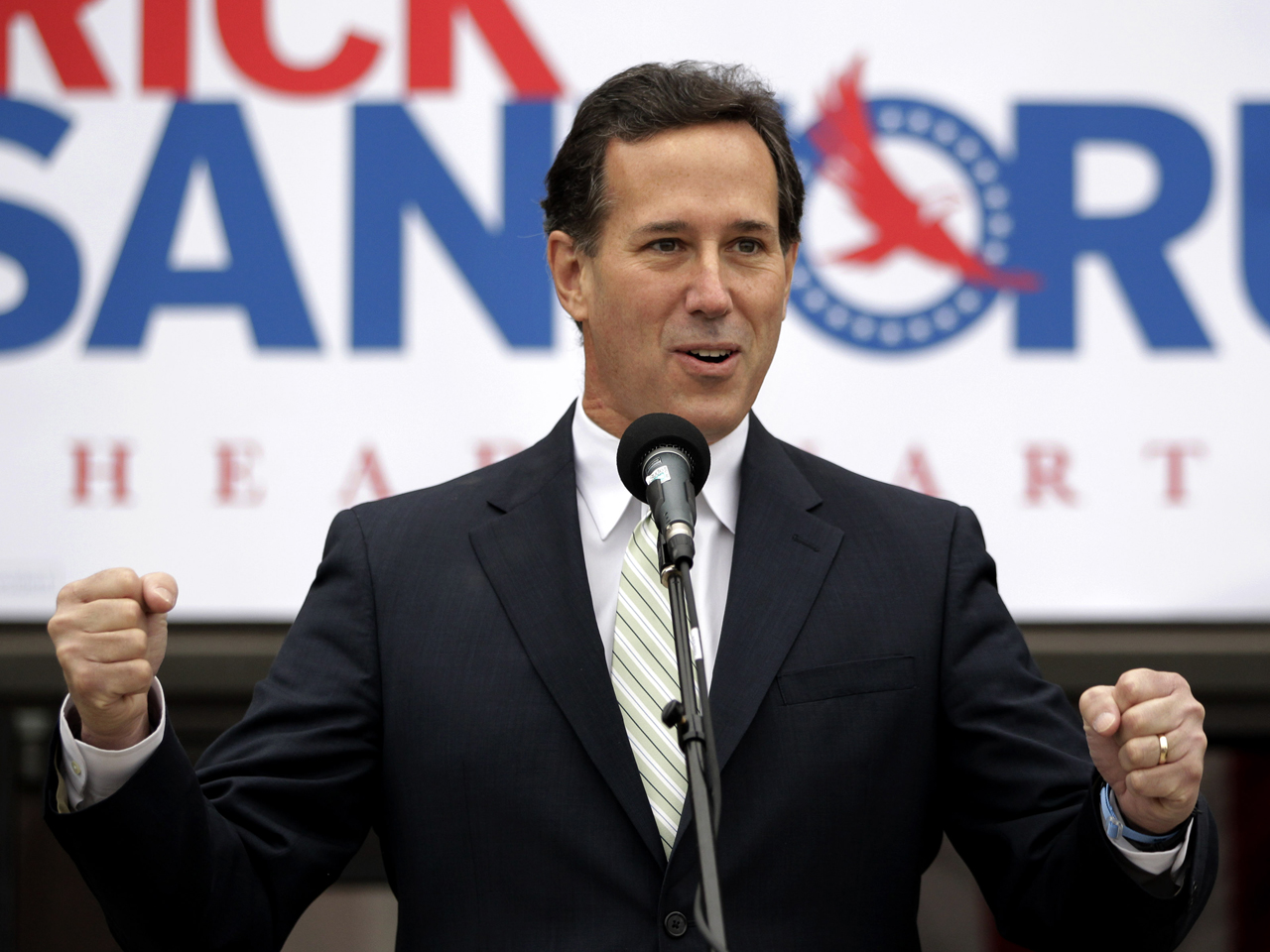 (CBS News) CARNEGIE, Pa. -- Rick Santorum on Wednesday doubled down on his determination to stay in the GOP race even as calls grew among Republicans for his exit, saying he still thinks front-runner Mitt Romney can be toppled if he can beat him in Pennsylvania and Texas.

"The people of Pennsylvania know me," Santorum said while meeting voters at a diner here. "All of the negative attacks I think are going to fall on a lot of deaf ears. We've got a strong base of support here and we're going to work very, very hard. Then we're going to get into May. May looks very, very good."

One state where voters go to the polls next month is Texas, which holds a primary on May 29. Most of its 155 delegates are being awarded proportionally, though Santorum held out hope it could still switch to a winner-take-all contest.

If that occurs, he said, "This race becomes a very different race." However, Texas's State Republican Executive Committee decided in February not to move to a winner-take-all primary.

Other states voting in May where Santorum is expecting to do well include West Virginia (May 8) and Arkansas and Kentucky (May 22).

Sen. John McCain, R-Ariz., called on Santorum on to make "a graceful exit" after Romney's wins on Tuesday in Maryland, Wisconsin, and the District of Columbia. Asked if he could endure three more weeks of such talk before Pennsylvania's Apr. 24 primary, Santorum said: "I think I've endured about eight months of people saying that. Everyone has been asking me, from the days I was driving around ... in Iowa to get out of the race. I've never been the establishment's candidate, and that holds true to today."

Santorum also brushed aside the sentiments of conservative commentator Charles Krauthammer, who expressed concerns on Tuesday night that a protracted primary battle has hurt the GOP brand and damage its chances against President Obama.

"All I can say is that we've worked very very hard to get a strong, principled message out and to show the American public who's the best candidate to take on Barack Obama," Santorum said. "And, you know, I think we've done a remarkable job and have shown to a lot of conservatives that, really, that is our path."

And the former Pennsylvania senator scoffed at the notion that his showing thus far could enhance his chances for a race in 2016, telling reporters: "You haven't talked to my wife, obviously. The last thing we're thinking about is next time."

At a subsequent event in Hollidaysburg, Pa., Santorum played up his home-state connection with voters -- "I'm asking you to help out a person who has some roots in this neck of the woods" -- as well as his affinity for their culture.

"Barack Obama four years ago referred to this place as a place that holds on, clings to their guns and Bibles," he said. "You're damn right we do."