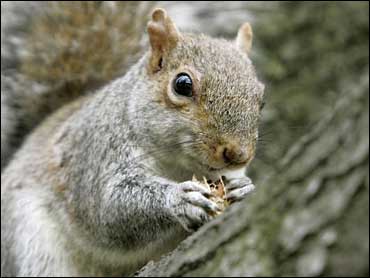 Officials have tried poison, gassing and euthanasia to control a breeding frenzy among squirrels in a city park here. Now, they plan to give birth control a shot.

Under a new program to start this summer, squirrels in Palisades Park will be injected with an immuno-contraceptive vaccine to stunt their sexual development.

"We don't want to kill them if we don't have to," said Joe McGrath, the city's parks chief. "I personally like squirrels, but we also have to be receptive to the county's concerns."

Health officials say the squirrels, which number about 1,000 in the park, pose a public health risk. They warn that the rodents are aggressive and may carry rabies or host fleas that can spread disease, such as bubonic plague.

Since 1998, Santa Monica has been cited five times by Los Angeles County for squirrel overpopulation. But the suppression methods it has used, including euthanasia, have angered animal-loving activists.

The vaccine, developed by the U.S. Department of Agriculture, stops ovulation and lactation in female squirrels, and testicular development in males. The shots, running $2 to $10, have no side effects such as swelling, said James Gionfriddo, a USDA wildlife biologist.

Santa Monica would be the second city in the state, after Berkeley, to try the immunization program.

Animal activist Catherine Rich said she supports the vaccine program but believes any health risk posed by the squirrels is overblown.

"There is not a pressing threat of squirrels attacking people," Rich said, "so I don't know why the county is getting their panties in a bunch."