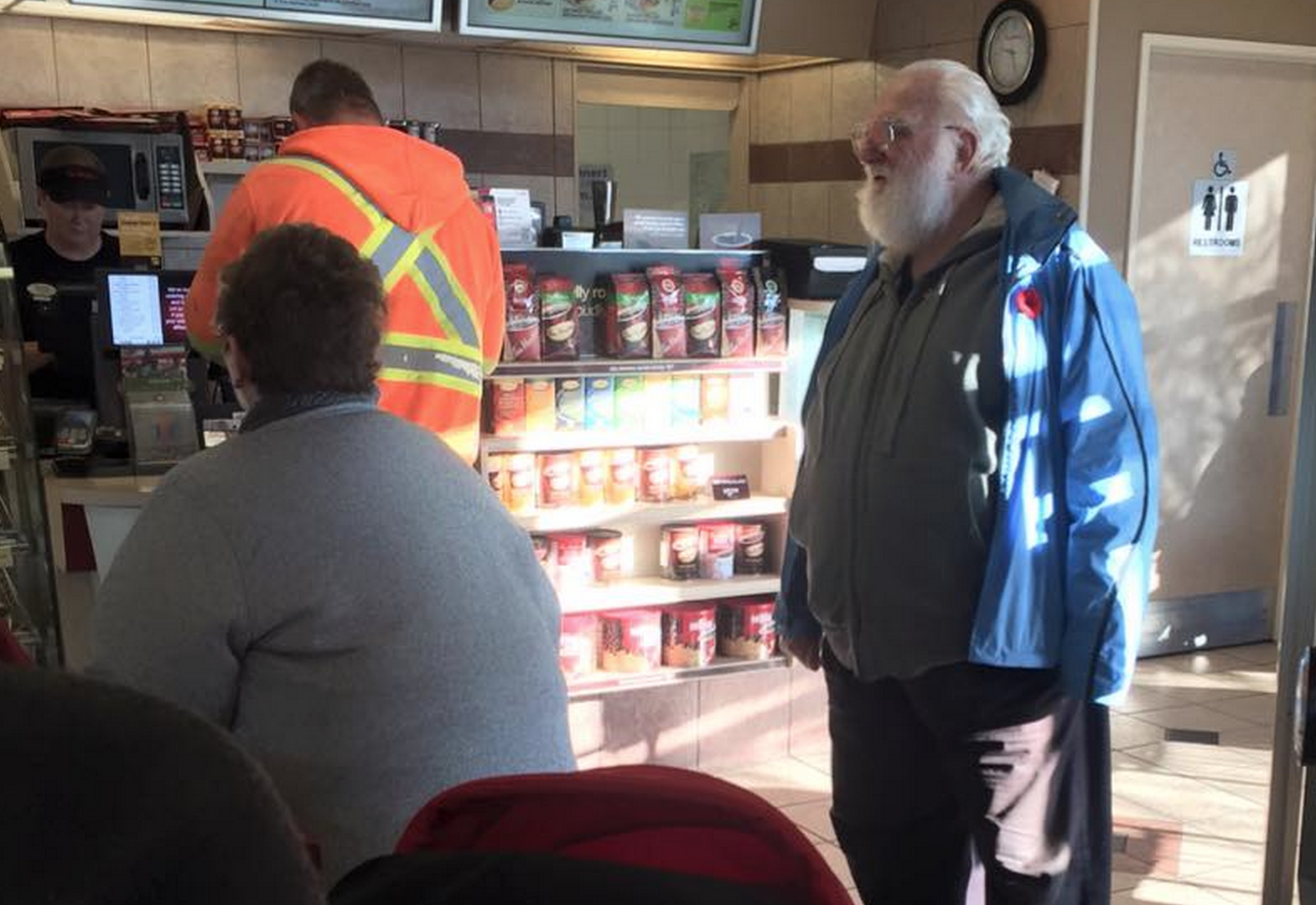 Last year, a little boy was standing in line at a Tim Hortons restaurant when he watched Santa Claus walk through the door.

With eyes wide and jaw dropping, he turned to the man and blurted out: “Oh my gosh, it’s Santa!”

Without missing a beat, the elderly man with the thick white beard looked down and smiled: “Have you written me a letter yet?” he asked the boy.

Santa pulled out a pen and handed it to the child.

“Write to me with this pen,” he said. “You’re going to be good for me? Remember, I’m always watching.”

Customer Mark Hurson couldn’t believe his eyes. He was on his way to work on Monday morning when he stopped at the Tim Hortons in Fergus, Canada, and witnessed the sweet dialogue between the pair.

“My faith in humanity has been restored,” he posted on Facebook. “Everyone in the restaurant was a bit teary eyed -- including me!”

The Facebook post was shared by nearly 19,000 people and received dozens of comments when it was posted last November.

“That’s awesome. Santa’s spirit lives in all of us!” one user commented.

“Best Santa Ever!” another replied.

The popular Fergus resident, who was later identified as Norman Walters, has been Santa Claus for about 25 years. He carries Santa pens and gives them away to kids on the street, Hurson told CBS News.

“He’s given away a lot of pens this year,” Hurson said. “People knew him -- in a small town, this was a big deal.”

Before Santa left the restaurant, he assured the boy he’d be back.

“I’m going to back up to the elves and take care of the toys,” Hurson heard the man say.

And he did return.

On Thursday, nearly a year later, Hurson once again bumped into the white haired man at the same doughnut shop.

“It must be December 1st look who I ran into at Tim Hortons today in Fergus!” Hurson wrote on Facebook.

No word yet on whether Walters has been spotted by his number one fan yet, but time will tell — and if he does, the Santa Claus lookalike, with a pocket-full of pens, will be ready.