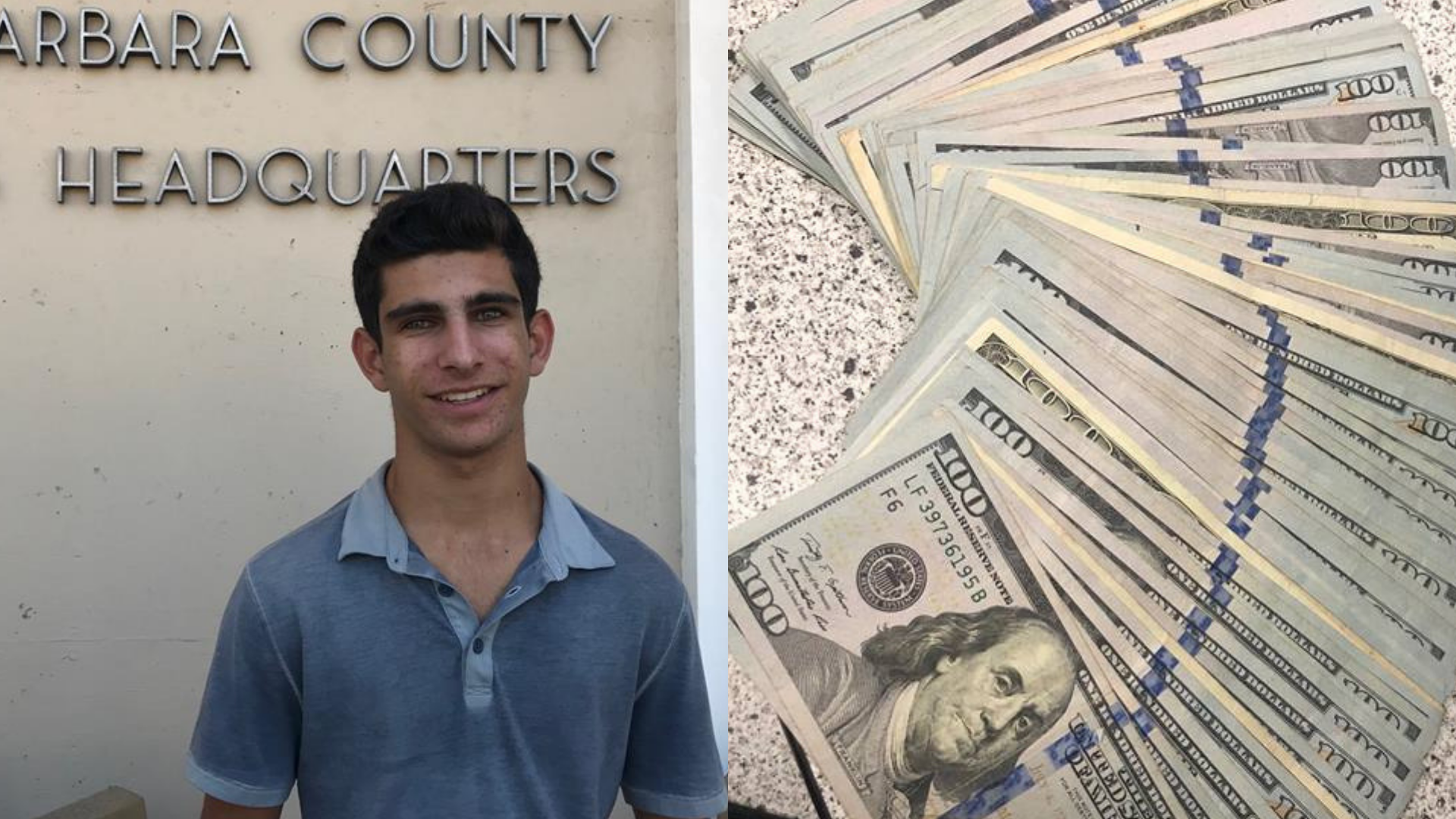 A Santa Barbara, California, high school junior was driving home from school Wednesday when he noticed a black purse in the middle of the street. He rescued the purse from the roadway and was shocked by what he found inside: $10,000.

Rhami Zeini, 16, says he opened the purse to find the owner's identification and was surprised when he discovered more money than he had ever seen in his life, reports CBS affiliate KCOY-TV.

Zeini spoke with his parents and then did the right thing by turning in the small fortune to the Santa Barbara County Sheriff's Office.

"To me, I figured this is the right thing to do," Zeini told KCOY-TV, "If I take it and find whoever's purse it was because if the roles were reversed and I had lost something with a significant sum of money inside, I know I would want it back for sure."

The sheriff's office said in a Facebook post that a watch officer was able to contact the owner and return the money to her, writing she "was very grateful."

Zeini wasn't left empty-handed for his good deed. The purse's owner was so touched by the teen's honest actions that she gave him a $100 reward for his trouble, reports KCOY-TV.

Kelly Hoover, public information officer for the Santa Barbara Sheriff's Office, told KCOY-TV the owner says she was going on a hike and probably left her purse on the roof of her car, then accidentally drove away.

The Sheriff's office thanked the teen on Twitter Saturday, writing, "What a great example of doing the right thing even when no one is watching."