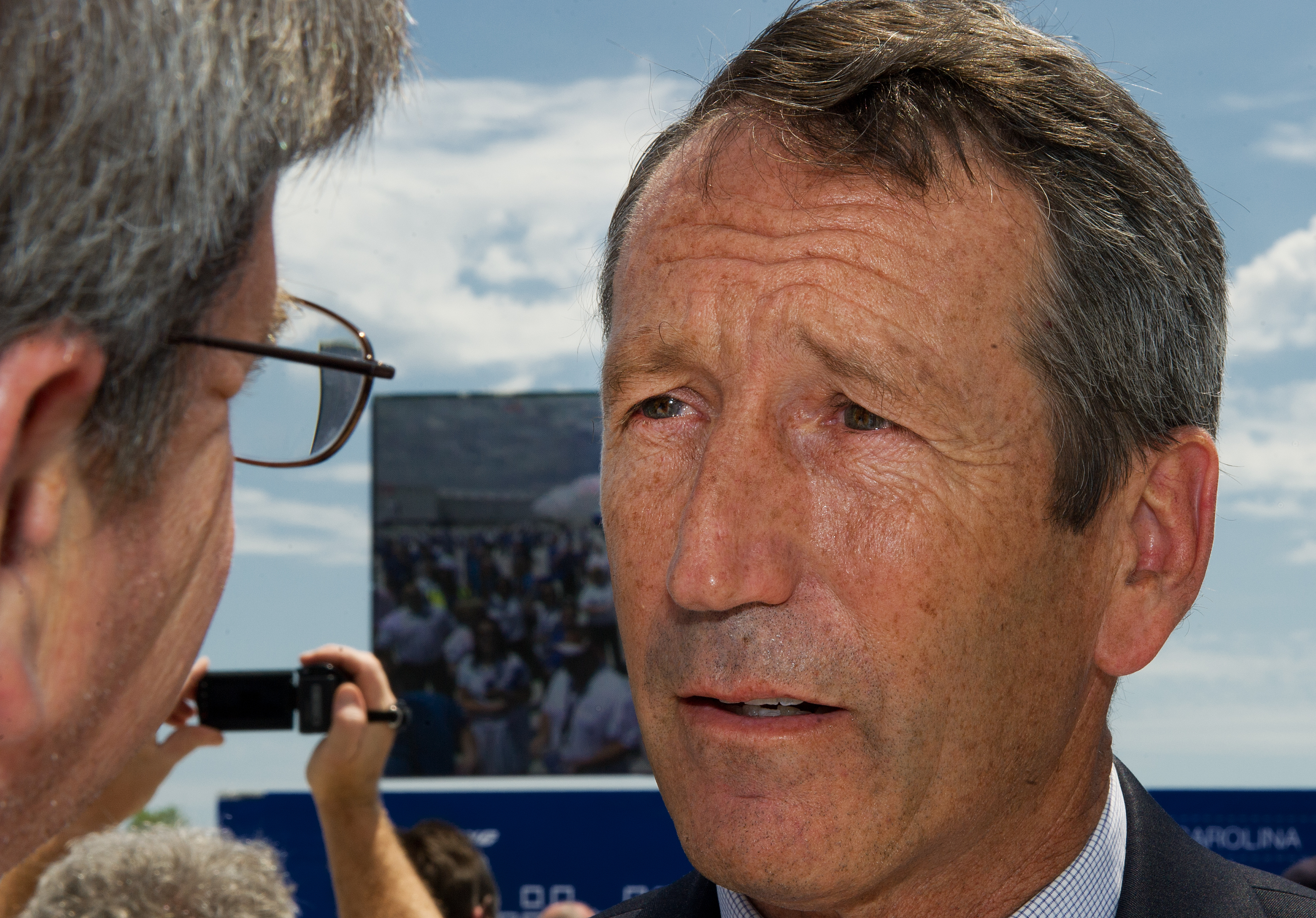 Former Gov. Mark Sanford, R-S.C., seeking a seat in the U.S. House of Representatives as he campaigns ahead of a May 7 special election, released a new ad on this week, slamming his opponent, Clemson Univeristy administrator Elizabeth Colbert Busch, as a pawn of labor unions.

The ad from the DCCC comes at a particularly perilous time for Sanford's campaign, which was dealt a body-blow this week by allegations that he trespassed on his ex-wife's property in violation of their divorce settlement.

"Mark Sanford walked out on us, violated our trust, secretly used thousands of taxpayer dollars flying to Argentina, and then lied about it," the narrator reminds the audience.

In 2009, Sanford's tenure as governor was almost derailed following revelations that he was using taxpayer money to fly to Argentina to see his mistress. At one point, the governor was out of the state for five days, unaccounted for, as his staff was telling reporters that he was hiking the Appalachian Trail. Sanford finished out his term in 2010 but not before he was censured by the state legislature.

Sanford "was charged with 27 counts of using his office for private gain," the ad notes. "Republicans called it misconduct and abuse of power, and Sanford paid the largest ethics fine in State history."

After the brutal kneecapping administered in the DCCC ad, Sanford's own negative spot about Colbert Busch seems mild by comparison, but its anti-union message could resonate in a right-to-work state with a recent history of problems with organized labor.

"There's a disagreement about how you create jobs," Sanford's ad begins. "Elizabeth Colbert Busch says she knows jobs and will be independent, but she's not telling you she's supported by labor unions - nearly $30,000 in checks from big labor, even from the union who tried to shut down Boeing and ship a thousand jobs out of South Carolina."

In 2011, a fierce row erupted when the National Labor Relations Board, at the request of the International Association of Machinists and Aerospace Workers, took up a case against Boeing for opening a new plant in right-to-work South Carolina instead of the company's home state of Washington. Although the case was eventually dropped, many in South Carolina's political class did not react kindly to what they saw as regulatory overreach.

The ad contrasts Colbert's ties to unions with Sanford's "better approach," saying the former governor will help balance the budget and grow the economy to create more jobs.

The general election is scheduled for May 7. The victor will fill the seat vacated by former Rep. Tim Scott, R-S.C., who was appointed by GOP Gov. Nikki Haley to fill the Senate seat left behind when former Republican Sen. Jim DeMint departed to head the Heritage Foundation, a conservative think tank.