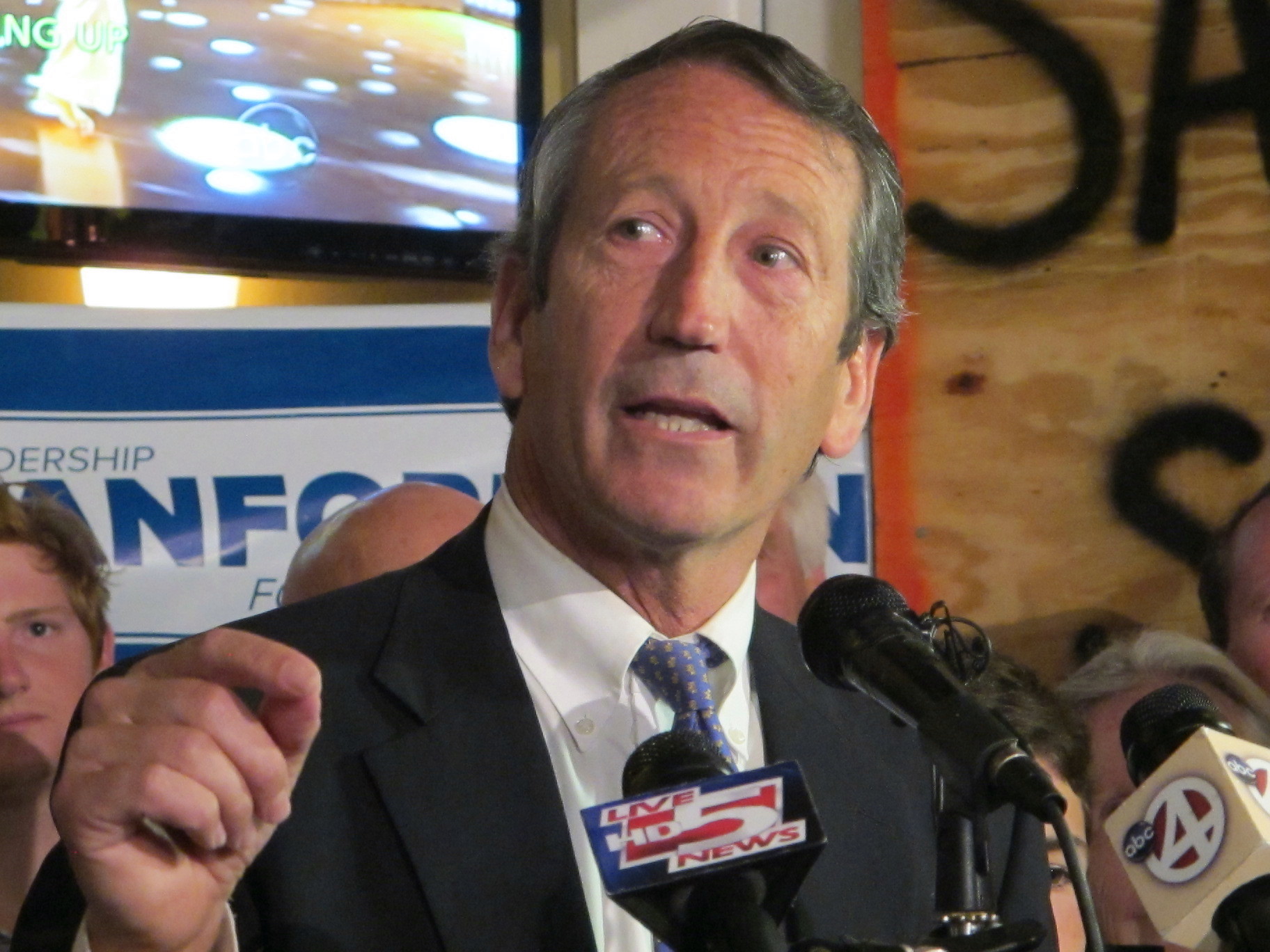 With 96 percent of precincts reporting, Sanford had about 57 percent of the vote to 43 percent for Curtis Bostic, a former Charleston County Council member. The candidates were vying Tuesday in a GOP runoff in the 1st Congressional District, which covers the south coast.

Sanford will face Elizabeth Colbert Busch and Green Party candidate Eugene Platt in a May special election. She is the sister of political satirist Stephen Colbert.

Earlier Tuesday, Sanford said that results from the primary would give a good indication whether voters have moved past his personal indiscretions.

"I think tonight's verdict will say a lot as to where people are or are not on that," Sanford said after voting in his downtown Charleston precinct. "I suppose at some level, I will never completely move beyond that."

The former three-term congressman and two-term governor saw his political career sidelined four years ago when he disappeared from the state only to return and confess to an extramarital affair with an Argentine woman to whom he is now engaged.

Colbert Busch's campaign spokesman James Smith said in a statement, "The families of this district need a representative who they can trust. Mark Sanford simply has the wrong values for our community."

Tuesday's win comes two weeks after Sanford led a 16-candidate field in a GOP primary for his old congressional seat. This is Sanford's first campaign since he revealed the affair.

Bostic collected only about 13 percent of the vote in the primary voting two weeks ago, narrowly defeating state Sen. Larry Grooms for second place. He had said he liked his chances as he visited with voters in a suburban Charleston precinct.

"People dismiss us," the attorney and retired Marine said. "But we believe strongly the best way to win elections is through relationships and we have worked really hard to do that."

Bostic himself did not vote in the GOP runoff on Tuesday because he can't.

His residence near Ravenel, S.C., is in the 6th Congressional District, represented by U.S. Rep. Jim Clyburn, about 1,500 yards from the 1st District line. Bostic's law office, other property, church and children's schools are in the district. Under federal law, to run for the U.S. House, one only need to be a resident of the state in which the district is located, not the district itself.

Sanford said he would be out campaigning and meeting voters until the polls closed, despite his apparent lead after the primary voting.

"There's no such thing as `well ahead' in the world of politics," he said.