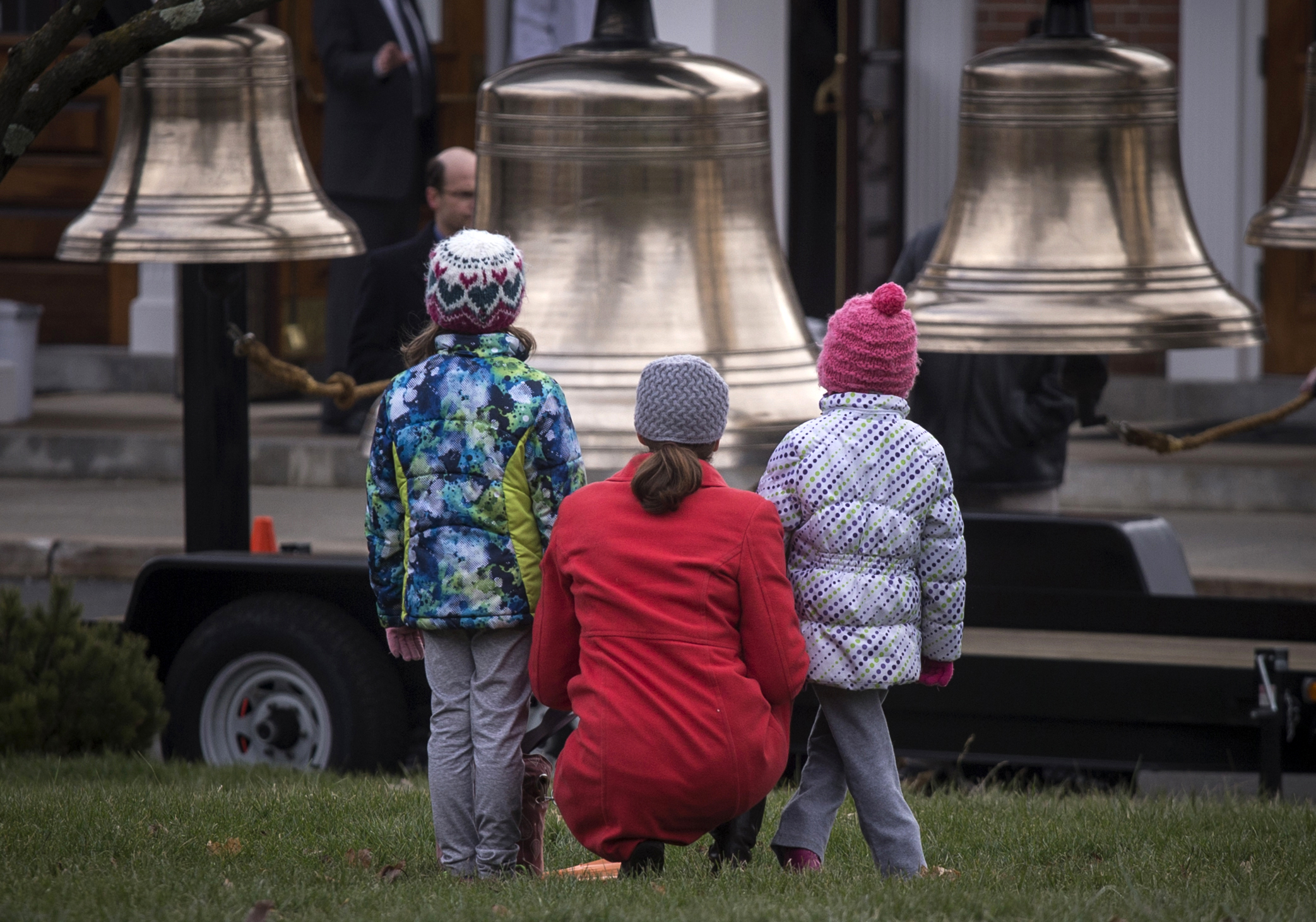 No public memorial events were held on a day town officials said instead would be for private reflection and remembrance.

Churches remembered the victims in Sunday services. At St. Rose of Lima Catholic Church, special bells were rung and the victims' names were read.

First Selectman Pat Llodra and school Superintendent Joseph Erardi said in a public letter the community's recovery has been a "challenging journey, filled with days of joyful hope and occasional dips of despair."

Adam Lanza, a troubled 20-year-old gunman shot his way into the school on the morning of Dec. 14, 2012. He shot and killed his mother before driving to the school and committed suicide as police arrived.

The town has begun reviewing ideas for a permanent memorial and the first construction work has begun on a new school, which will replace the building where the shooting took place, torn down last year. Newtown also acquired and will decide what to do with the home where Lanza lived.

Memorial vigils were held across Connecticut on Sunday and congregants attended those services in solidarity with the people of Newtown.

"Our hearts were deeply, deeply touched by our brothers and sisters in Newtown, which is just 45 minutes from here, and we have connections to people who, in that community, even people who lost loved ones in this congregation," Senior Minister Matthew Laney, Asylum Hill Congregational Church told WFSB.

Meanwhile, a report released last month by Connecticut's Office of the Child Advocate found that Lanza's parents, education team and others missed signs of how deeply troubled he was and opportunities to steer him toward more appropriate treatment, CBS News reported.

The report concluded that Lanza's autism spectrum disorder and other psychiatric problems did not cause or lead directly to the massacre. But it found that his "severe and deteriorating internalized mental health problems" when combined with a preoccupation with violence, and access to deadly weapons, "proved a recipe for mass murder."