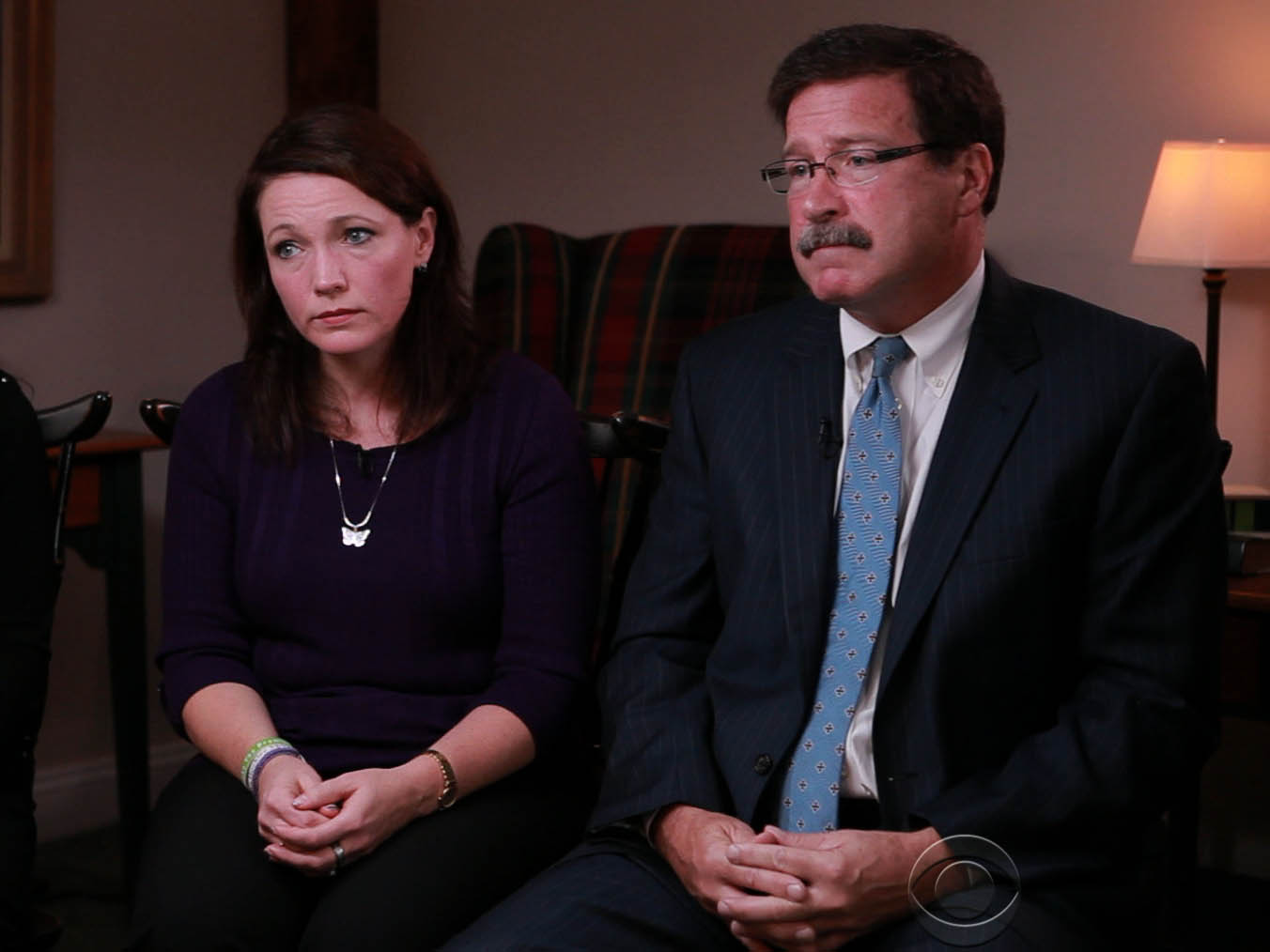 (CBS News) NEWTOWN, Conn. -- A prosecutor’s report released this week gave us new insight into the home life of Adam Lanza, who murdered 20 first-graders and two adults in Newtown before taking his own life.

On Wednesday, CBS News spoke about the report with the families of some of the victims: Bill Sherlach, whose wife Mary was the school psychologist; Nicole Hockley, the mother of Dylan; and Nelba Marquez-Greene, the mother of Ana Grace.

The report painted a chilling picture of the killer. He blacked out his bedroom windows with garbage bags, kept spreadsheets of mass murders, had access to an arsenal of guns and ammunition, and only communicated with his mother, Nancy, by email. Lanza killed his mother before going to the school.

Bill Sherlach: "There was obviously a breakdown in terms of the parenting and the structure in that house.

Elaine Quijano:  How responsible do you hold Nancy Lanza for what happened that day?

Nicole Hockley: It's clear that he had mental illness and intervention was not made and there was not responsible gun ownership, either, because there was access to weapons and firearms.

Quijano: You hold Nancy Lanza responsible when it comes to the guns that were available?

Nelba Marquez-Greene: This was a young man who didn't seem to have many connections. It takes a team to raise a child, it takes a community. Where were the rest of the people in his life?

The report also said six minutes passed from the time the first officer arrived to when police entered the school.

Quijano: How do you view that response?

Marquez-Greene: I think it is very easy to play Monday-morning quarterback, and assume and imply, but if you really look at the investigative time line, I do believe the officers did everything they could do.

Quijano: A judge has ordered that the 911 tapes from the shooting be released. What's your reaction to that?

Hockley: I'm disappointed in the decision --  because I don't feel that the actual audio tapes serve any public interest, necessarily. They don't teach us anything new. The law enforcement officials have already learned everything there is to be learned from that. And I worry about our children and families listening to this in the future.

Quijano: What questions do you all still have?

Hockley: Well, I think the questions that I would have, we're never going to have the answers to. You know, there was no clear motive.

Marquez-Greene: This young man who did this to our children, to our loved ones, the safety nets failed. So, how can we move forward in a way to increase the level of safety nets around the most fragile children and families who need us? Because I think that's the more important question than why. Because for me, there is no why that would justify why I can't have Thanksgiving with my little girl tomorrow. There is no why for that.

The families have launched a project called "Parent Together" to make children's safety the nation’s top priority. You can also learn more about the project at its website or Facebook page.

For more about Ana Grace Marquez-Greene, visit the Ana Grace Fund website or go to its Facebook page.

For more about Dylan Hockley, visit the Dylan's Wings of Change website or go to its Facebook page.