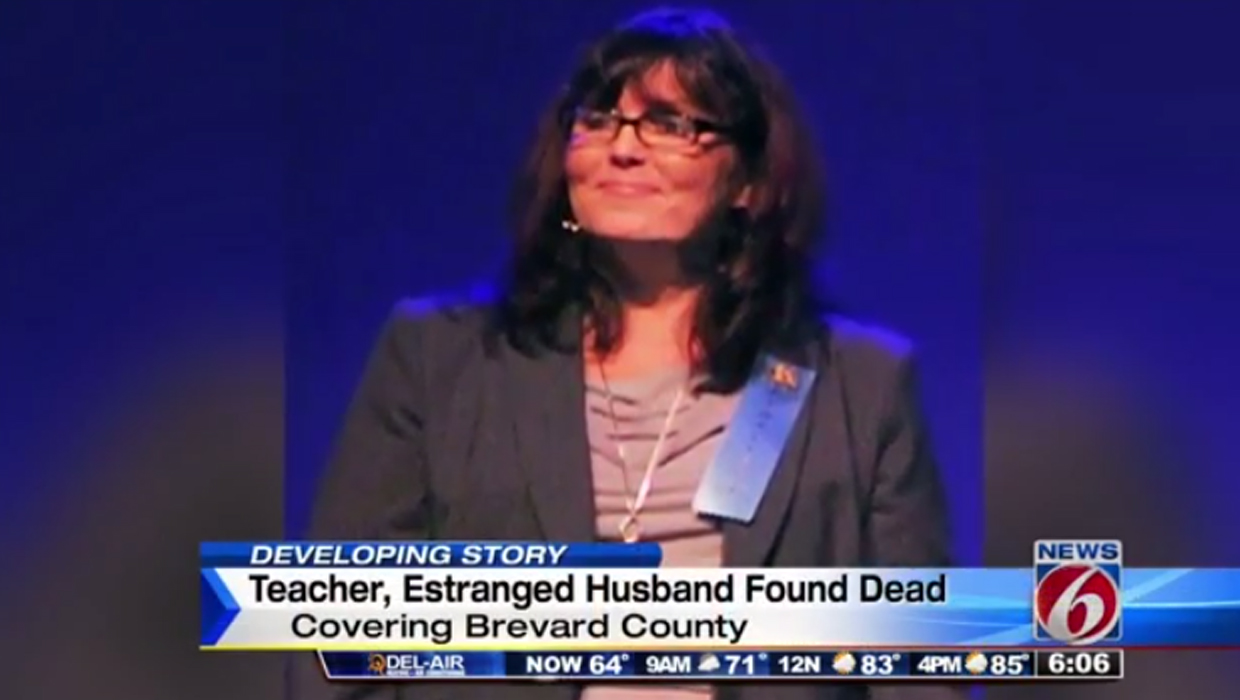 MELBOURNE, Fla. -- A Florida woman who had recently become a finalist for county teacher of the year was found shot to death at a Melbourne home Monday along with her estranged husband, according to news reports.

Sandra Cook, 56, was apparently shot while lying in bed, reports CBS affiliate WKMG. Florida Today reports Cook was a teacher at Rockledge High School in eastern central Florida and had recently become a finalist for Brevard County Public Schools Teacher of the Year.

The woman and her estranged husband, 60-year-old Ricky Wayne Cook, were reportedly found dead by her sister after she didn't show up to work. It wasn't immediately clear how long they had been dead.

Cook was a longtime teacher in the count school district and had worked at Rockledge High School since 2013 teaching math and serving as the gifted coordinator, reports WKMG.

"Ms. Cook was one of the finest people to have walked the halls of our school and she will be truly missed," said Rockledge High principal, Tony Hines, in a release to the station.

Court records show Cook petitioned for a divorce in early January, reports the station. Police haven't called the deaths a murder-suicide, but they say they're not looking for any suspects in connection to the crime.