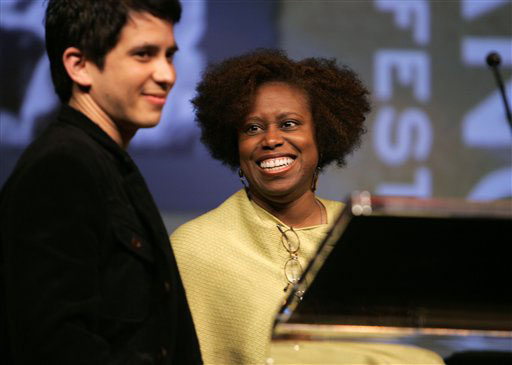 Barreling into the middle of the line, Barry Sanders disappears under a pile of bodies. But -- being Barry Sanders -- he pops back out, powerful legs churning.

The master of evasion zigs and zags around his opponent, then cuts left and sprints into the end zone.

"Somebody made the comparison that he was in a Lamborghini and I was in a Chevy S-10," Chicago linebacker Barry Minter said.

He's rushed for 100 yards or more in 14 straight regular season games, an NFL record. He has a $34.5 million contract that averages $5.7 million a year.

Yet through all the fame and fortune, he seems unchanged from the rookie who came out of Oklahoma State with a Heisman Trophy in 1989. At 30, Sanders enters his 10th NFL season pretty much the same way he began: running hard and working harder, turning heads while keeping his own head fixed firmly on his goals.

"I don't play the game for records," Sanders says. "I play to win. If at some point I feel I'm too beat up, that I couldn't contribute anything to the team, I'd just walk away."

In an age when some stars are known as much for their gold chains or tattoos as for their athletic prowess, Sanders seems like a throwback. He's a quiet player, one known for his work ethic and religion, one who gives thousands of dollars to his church and bonuses to his linemen.

Rooming with Sanders during training camp last year, Moore quickly learned to protect what was his.

"Once he kind of got himself going, he was a person who wanted to ue all of my things. My TV, my VCR, my phone," Moore says. "Then, he wanted to eat up all of my food. And the thing is, he never asked if it would be OK with me to eat my bananas, or to drink my pop."

But clearly, Sanders plays as hard as he eats. Possibly the hardest-working player on the team, he generally goes out early, then stays late after practice to run sprints from sideline to sideline. After that, he heads for the weight room.

"Barry has caused me to change my work ethic," defensive end Robert Porcher says. "That work ethic is what makes Barry."

His work ethic started at home, a three-bedroom house in a modest Wichita, Kan., neighborhood where he was the seventh of 11 children born to William and Shirley Sanders.

He developed a strong sense of faith and religion from his mother. She missed many of his high school games because Friday night was choir practice at Paradise Baptist Church.

"A lot of my personality comes from my mother," Sanders says.

After signing his first contract, Sanders gave $210,000 -- one-tenth of his signing bonus -- to the church. When he renegotiated in 1991, he gave one-tenth of his pay increase to Paradise Baptist.

From his father, a roofer and remodeler until his retirement, Sanders learned the value of hard work - and discipline. If the elder Sanders needed help putting shingles on a roof, cutting down trees, pouring cement or painting a house, his son often was pressed into service.

In college, he bagged groceries.

"I dared Barry to be different," his father says.

William Sanders may also be responsible for his son's humility: "I still think Jim Brown's the best running back I've ever seen," the father says.

But, he acknowledges, "Barry's getting close. He's getting real close."

It's taken a while. Though he scored the first time he carried the ball in a pee-wee game, Sanders was often overlooked. At 5-foot-9, 203 pounds, he seems small by NFL standards. But he was even smaller back then.

Maybe that explains why he didn't start at running back until midway through his senior season in high school. Or why he didn't make it into the starting backfield until his final season in college.

Since he became a star, much has been written of his apparent shyness, the fact that he never spikes the ball or shows much emotion on the field. Once, he tried to high-five former Lions tackle Lomas Brown.

"He missed my hand," says Brown, who now plays for Arizona.

But Tommy Vardell, the fullback who blocks for Sanders, doesn't think it's shyness so much as a preference to be quiet.

"I think that he's a thinker and thinkers need to have their quiet time," Vardell says. "I think that makes him very independent."

When then-coach Wayne Fontes was under fire, Sanders lingered long after a disappointing loss, then walked into the coach's office and sat down.

"He wanted to know how I was doing. He tod me the players were all behind me," Fontes says. "When a guy like Barry says that, it means a lot. The people who know him know he's not the loner or quiet type he's made out to be."

His teammates, almost all of whom are larger than he is, treat Sanders like they might a favorite little brother. While getting badgered about everything from his haircut to his wardrobe, he mainly smiles. "Awwwwwww, man," might be his strongest rejoinder.

Moore, an All-Pro himself, has the stature and great good humor to level Sanders with his wit. It is Moore who confirms that Sanders does, indeed, fall asleep sitting on the bench while the defense is on the field. He just nods off.

"But he's an enjoyable person," Moore says. "Because you never know, it's just like when you open up those wrappers and you're waiting to see what kind of prize you're going to get. Every prize is a winner, but you just don't know which one it's going to be? So that's the way his personality is."

"It's always going to be something positive, something pretty funny."

Last season, Sanders took all of the offensive linemen to Hawaii with him for the Pro Bowl game. The linemen always get a nice bonus from him, in appreciation, whenever he rushes for over 1,000 yards - which, so far, has been every year.

Sanders has a 4-year-old son, Barry James, whom he supports financially. He talks to the boy once or twice a week by phone and visits him during the off-season. He bought his son and the child's mother a home in Oklahoma City.

He has a girlfriend in Detroit, a woman he has known for several years. They are sometimes seen at plays together. He also likes to go bowling, and travels abroad between seasons.

For his parents, he bought a 7,000-square-foot house on 11 acres with a fish pond back in Wichita.

But as for himself, he still lives in the house he bought as a rookie for $175,000 near the Silverdome. Anyone driving by might see him mowing the lawn, shooting baskets with neighborhood kids in the driveway or changing a tire.