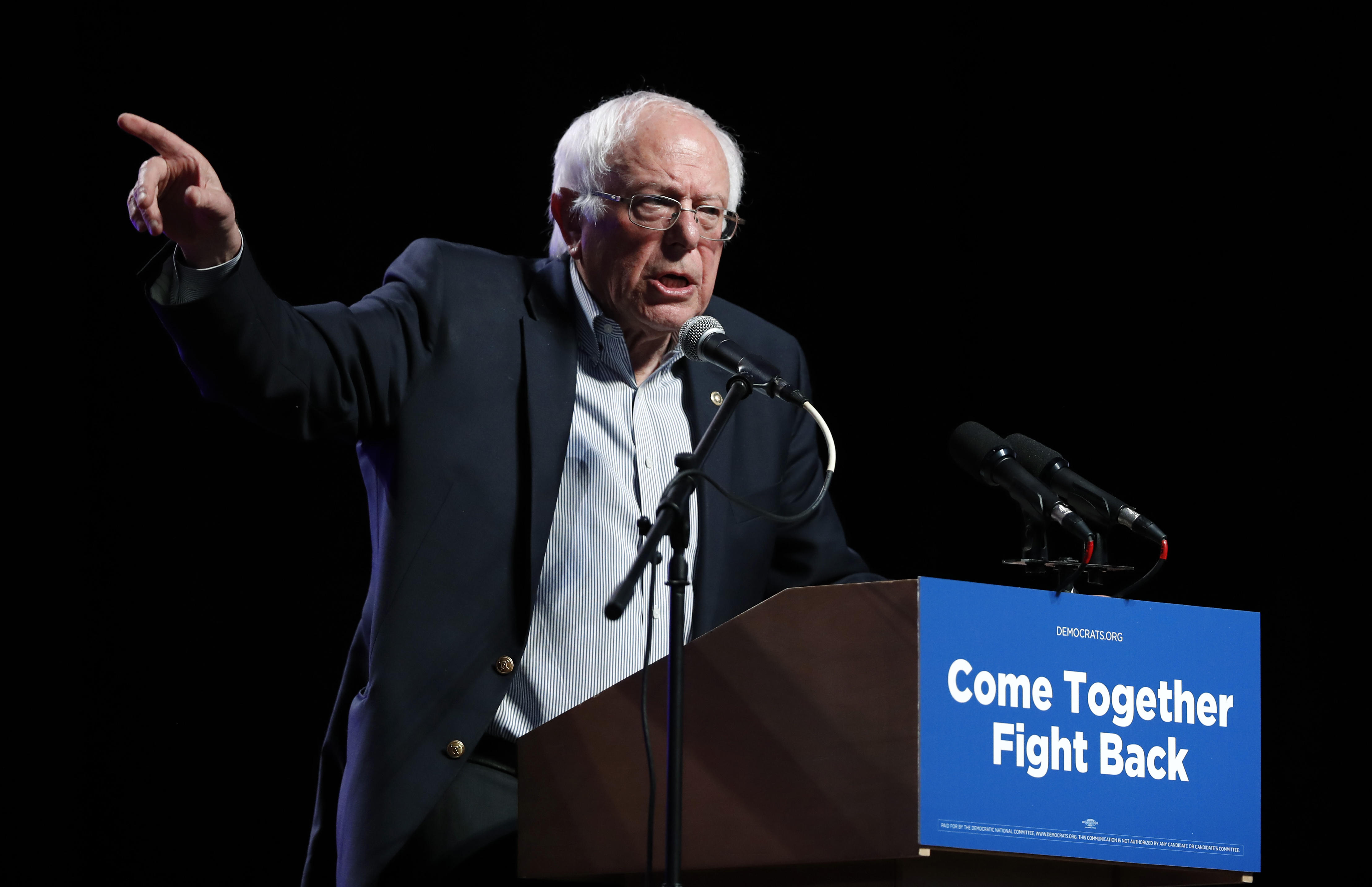 Independent Senator Bernie Sanders, of Vermont on Tuesday defended his wife, Jane Sanders, former president of now-defunct Burlington College, from bank fraud allegations over a $10-million loan application sought by Ms. Sanders in 2011 to purchase 33 acres of land for the liberal arts institution.

"My wife is about the most honest person I know," Sanders said to anchor Erin Burnett on CNN. "When she came to that college, it was failing financially and academically. When she left it, it was in better shape than it had ever been."

Jane Sanders left the college in 2011, after having served as president for seven years.

The Vermont senator would not confirm or deny whether an official investigation was underway, but he did deny accusations that his wife manipulated application information in an effort to secure the loan.

"When you go after people's wives that is really pathetic," he said. "And that's where we are right now. That's about all I am going to say."

Sen. Sanders has referred to the allegations against his wife as political warfare, noting that they originated from Trump supporter and Vermont Republican Party Vice Chair Brady Toensing, as Sanders' presidential run was gaining momentum.

"Five years later just at the moment, coincidentally, no doubt, when I am a candidate for president of the United States, Donald Trump's campaign manager, co-Vice Chairman of the Republican Party in Vermont, launched this investigation," Sen. Sanders said. "It is a sad state of affairs in America, not only when we have politicians being destroyed, but when there are attacks against elected officials."

Brady Toensing filed the original request for a federal investigation into Jane Sanders to the U.S. Attorney to Vermont in January 2016, which he said "appears to have started right away" under the Obama administration. He also issued an additional request four months later to investigate the possible involvement of Sen. Sanders' office.

In response to Sen. Sanders' comments on Tuesday, Toensing said the senator's wife should not be exempt from public inquiry. The two, he said, are close and have played roles in each other's careers.

"As indicated by his Senate financial reports, he profited from the $200,000 payout she extracted from Burlington College when she was forced out," Toensing said. "She helped set up Our Revolution. She is running, making public appearances, and soliciting money for the Sanders Institute. Their relationship is financially and politically inextricable."

Toensing said that in the spring of 2016, a former executive from People's United Bank "complained that Sen. Sanders office pressured them to make the loan to Burlington College."

Josh Miller-Lewis, communications director for Sen. Sanders, said his office has not been notified that he is under federal investigation, despite reporting by Politico that said prosecutors might be looking into the allegations.

Sen. Sanders in May told reporters that he would not elaborate on the accusations drawn against him because "there is a process going on."

Former Burlington College President Carol Moore in an interview with Vermont Public Radio in May said the college closed last year, in part, because of the troubled $10-million loan, which the institution could not afford. Moore confirmed that the FBI had been in contact with her multiple times, asking about the the loan, since the request was filed by Toensing.