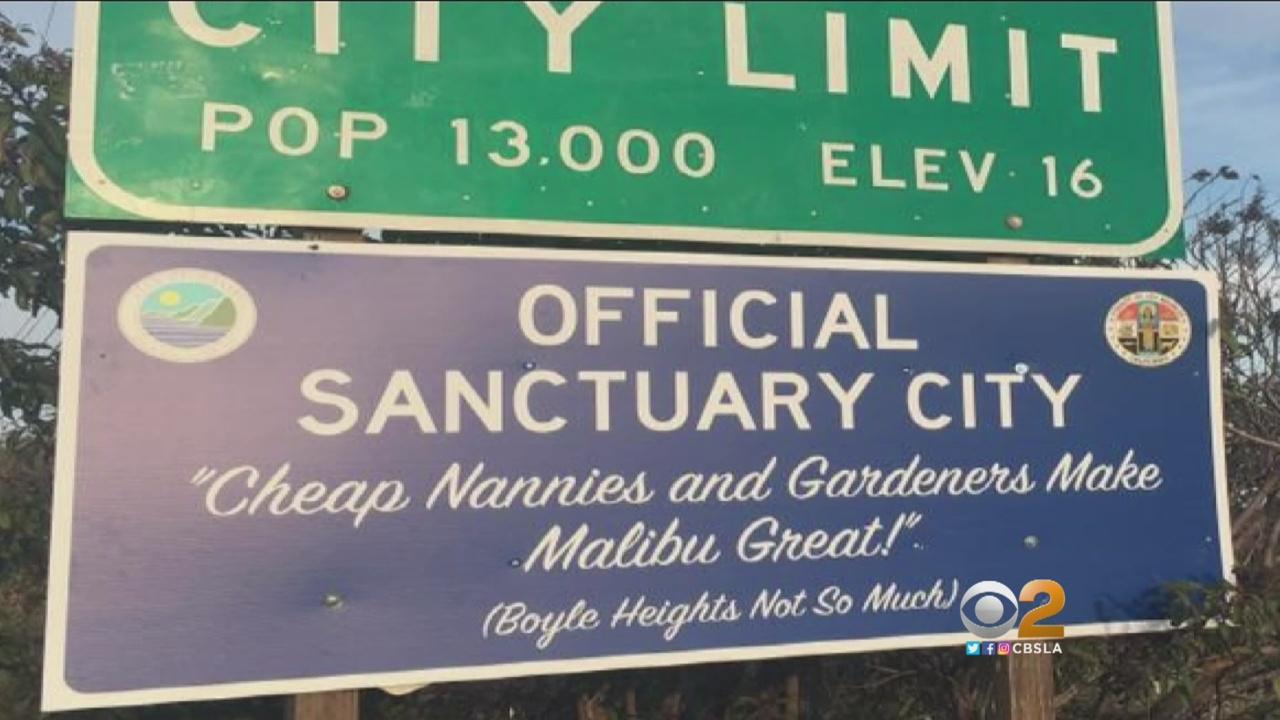 MALIBU, Calif. -- Two road signs that were secretly erected along the Pacific Coast Highway in Malibu, Calif., have the whole town talking.

CBS Los Angeles obtained a photo of one sign that read, “OFFICIAL SANCTUARY CITY -- Cheap Nannies and Gardeners Make Malibu Great! (Boyle Heights Not So Much).”

On Wednesday morning, a second sign made the rounds on social media. This one read, “OFFICIAL SANCTUARY CITY -- Because Our Beach Community Needs Cheap Labor, Dude.”

Jefferson Wagner serves on the Malibu City Council and owns a surf shop. He told CBS Los Angeles he thought the signs were amusing.

“It’s sprayed with an undercoat. This is not cheap stuff. This is done, like, by code,” Wagner said, referring to the signs. “I’m going to be square with you, I thought it was humorous.”

Wagner is one of two council members who voted against Malibu becoming a sanctuary city about a month ago. While he says the sign’s language isn’t an accurate portrayal of how residents feel, he says it does bring up a deeper issue they’re very passionate about.

Cici Woods is editor in chief and founder of the Local Malibu, a monthly newspaper.

“This is like ... the match that lit a huge fire and it’s not good,” Woods said.

Her husband first spotted one of the signs.

“He sent it to me. I obviously posted it immediately and said, ‘is this a joke?’” she said.

When the city went out to remove the first sign, it had already been taken down.

Both Woods and Wagner agree it’s not about who did this.

“What they did was actually communicate what a lot of people were already thinking,” Woods said.