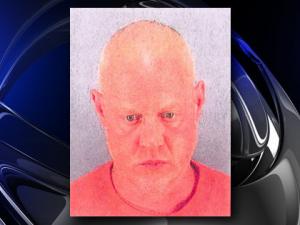 (CBS) SAN FRANCISCO - Robert Johns, a homeless man, was found to have numerous high-powered guns and ammunition in his car on July 21, and was arrested by police, reports CBS San Francisco.

Police said in the vehicle there was also a list of names of political leaders, including President Barack Obama.

According to the San Jose Mercury News, police also found 5,800 rounds of ammunition, along with knives, survival equipment, a rifle scope, marijuana and a methamphetamine cookbook.

This was not the San Fransisco Police Department's first encounter with Johns, 37. On June 30, Johns was questioned by police about smoking a cigarette, according to the Mercury News.

In a search of his car at that time, police found a loaded 12-gauge shotgun and a .22-caliber rifle, chief Greg Suhr told the newspaper.  Initially concerned for Johns' mental health, they took him to a hospital where he was later released.

When questioned about why the police didn't do a full search at the time of the first encounter, Suhr told CBS San Francisco, that the department has protocols in place and that the officers "did a good job at the time in evaluating the person in crisis and the approach they took."

Johns has pleaded not guilty to eight felony charges and misdemeanor drug and weapon charges. He will return to court for his preliminary hearing Aug. 7, according to the Mercury News.

The FBI was notified of Johns' arrest, but local authorities are handling the case, Suhr told the Mercury News.