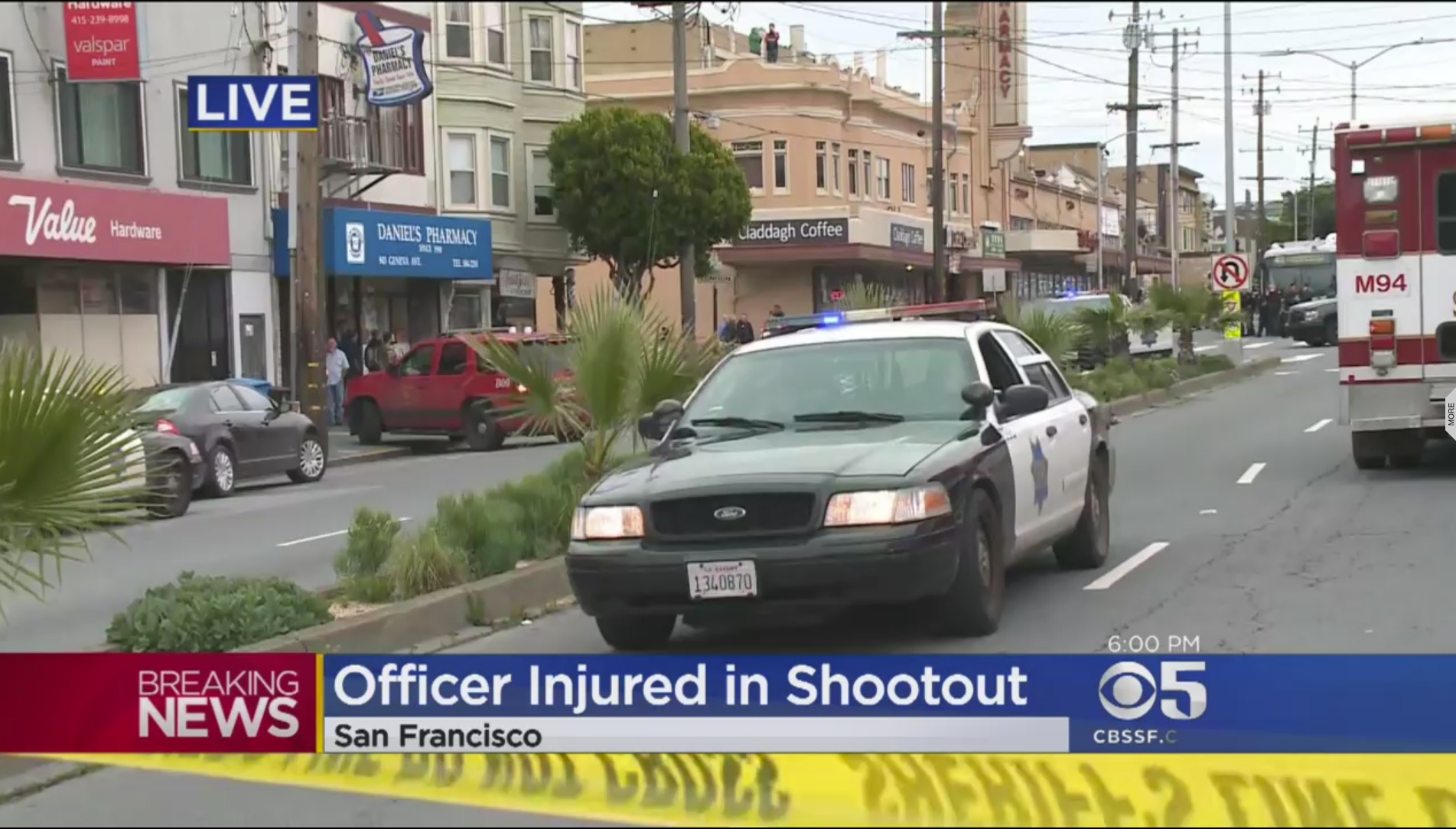 SAN FRANCISCO -- A police officer has been shot in San Francisco's Crocker-Amazon District along with several other people, including the suspect, according to authorities. A Zuckerberg General Hospital spokesman said one officer and five other people were injured, among them was a suspect, CBS San Francisco reports.

San Francisco police said all were injured during an exchange of gunfire around 4:30 p.m. PT Wednesday.

The officer's injuries were not considered life-threatening.

The suspect was in critical condition, according to a hospital official. At least one of those injured was a minor. The others hurt were all males between the ages of 24 and 48.

Police said there was an exchange of gunfire between police and at least one suspect. One person was in custody, according to police.