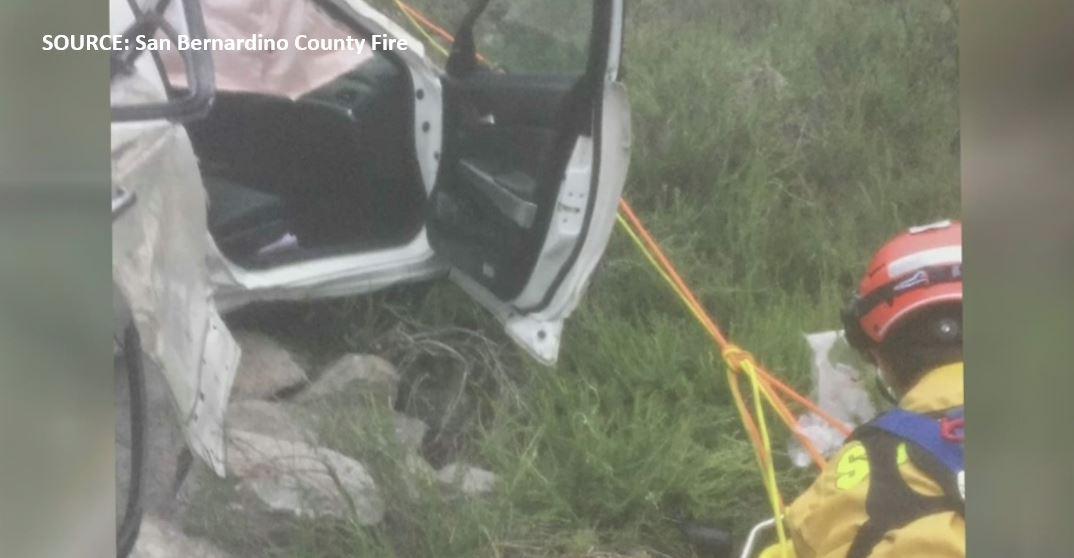 CRESTLINE, Calif. -- A Southern California driver managed to call for help after her car plunged 700 feet off a road in the San Bernardino Mountains, and rescuers marveled at her survival. The woman could not say exactly where she was Thursday night, and authorities used her phone to figure out her approximate location, CBS Los Angeles reports.

A rescue crew found a patch of dirt along the road where they believed she had veered off the road.

She was found about 700 feet down at the base of a mountain in remarkably good condition, given what she had just endured.

"I'm amazed. You don't have these positive outcomes like this when you launch over the side and end up 700 feet, so she's doing quite well," said Battalion Chief Bob Evans with San Bernardino County Fire. "I don't know what her prognosis will be, but she has an altered level of consciousness and some back pain, understandably."

Firefighters had to go down into where the woman's car had fallen and pulled out both her and her vehicle.

The woman was taken to a local hospital.

The California Highway Patrol is investigating the cause of the crash.