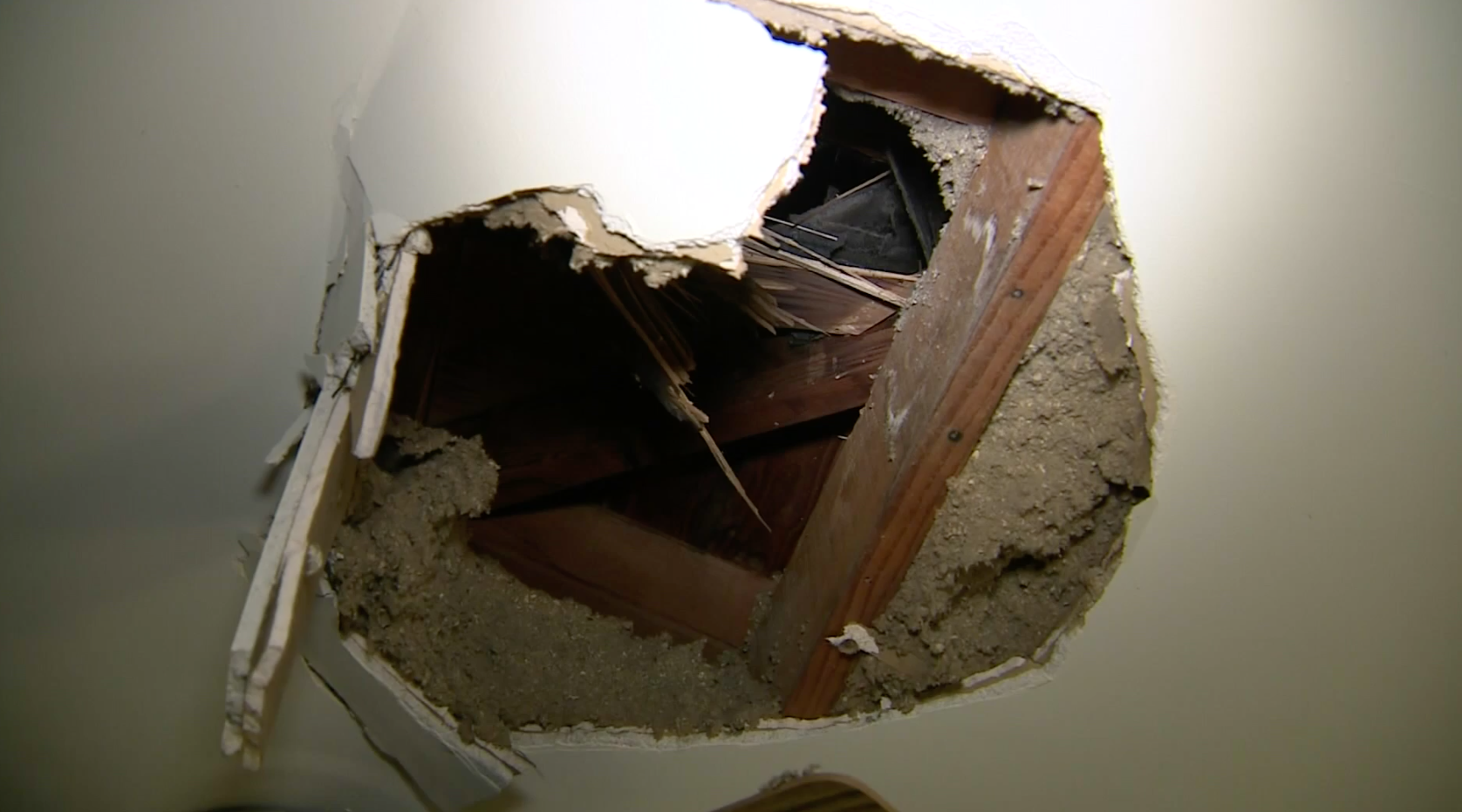 SAN BERNARDINO, Calif. --  A San Bernardino couple who have lived in their neighborhood since the 1960s say they've always heard the planes overhead going to both Ontario and Los Angeles. So they never imagined something like what happened Sunday could happen to them, CBS Los Angeles reports.

Claudell Curry and his wife Odell were watching TV Sunday night when Curry all of a sudden: "This horrendous boom and our house just shook and trembled," Curry said.

At first, they couldn't tell what had happened. Then Claudell walked past their bedroom.

"Side glance and I saw all that stuff and I thought what in the world? I went in, and all of the stuff there," he said.

There was a hole in the ceiling. He could see all the way through to the sky. And not only was there insulation and pieces of drywall on the bed, there were also chunks of ice.

"Snow white, just ice, and heavy. Each piece was like iron," he said.

Curry believes the ice fell from a passing airplane. It's a rare occurrence that the Federal Aviation Administration (FAA) says would only happen if a plane has a leak in a galley system. It happened to a homeowner in Chino just last month. Luckily, no one was hurt in either case. Curry and his wife say they couldn't sleep Sunday night thinking about what could have been, and wonder if it might happen again.

"Something needs to be done about this, someone could get killed and we came close to it."

If the ice had come from the plane's bathroom, it would have been colored blue. It wasn't, so that's a little comfort to the Currys.