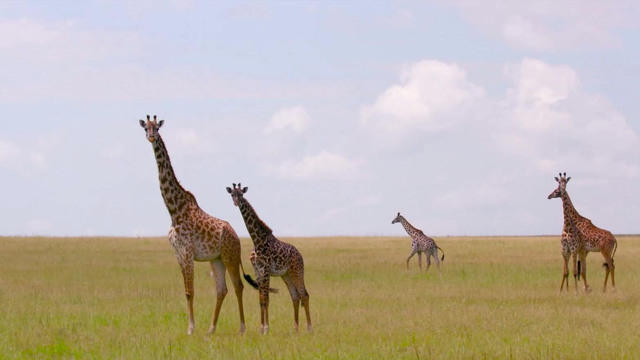 As the remaining Toys "R" Us locations set to close their doors for good on Friday, those with fond childhood memories the store were left with little more than clearance sales. The San Antonio Zoo hopes to pick up one big item as the toy store chain goes out of business: its mascot.

"I think Geoffrey the Giraffe signifies fun and childhood memories," a zoo representative told CBS San Antonio affiliate KENS. "What we're asking is that the executives at Toys 'R' Us would allow us to be the stewards of Geoffrey, their mascot, as a way for us to raise awareness for giraffe conservation."

Geoffrey the Giraffe is famously in between jobs. A viral photo of the toy store icon shows him with packed bags amidst the empty shelves at a Toys "R" Us location in North Carolina.

The San Antonio Zoo has set up a GoFundMe page to raise $100,000 with the goal to "persuade the owners at Toys"R"Us to join the effort to save giraffes by donating the use of their most recognizable intellectual property."

The zoo stated that all donations will go to the Giraffe Conservation Foundation, a nonprofit dedicated to the preservation of all giraffes in the wild — of which there are currently only about 100,000 worldwide.

"This is a chance for Geoffrey and the great people at Toys"R"Us to leave a legacy gift that has the potential to change the world and bring smiles to children for generations to come," the fundraiser reads.

The San Antonio Zoo reports it's involved in numerous conservation efforts, donating thousands of dollars in direct funds and research grants to aid species populations, preserve habitats, and other work on behalf of wildlife.