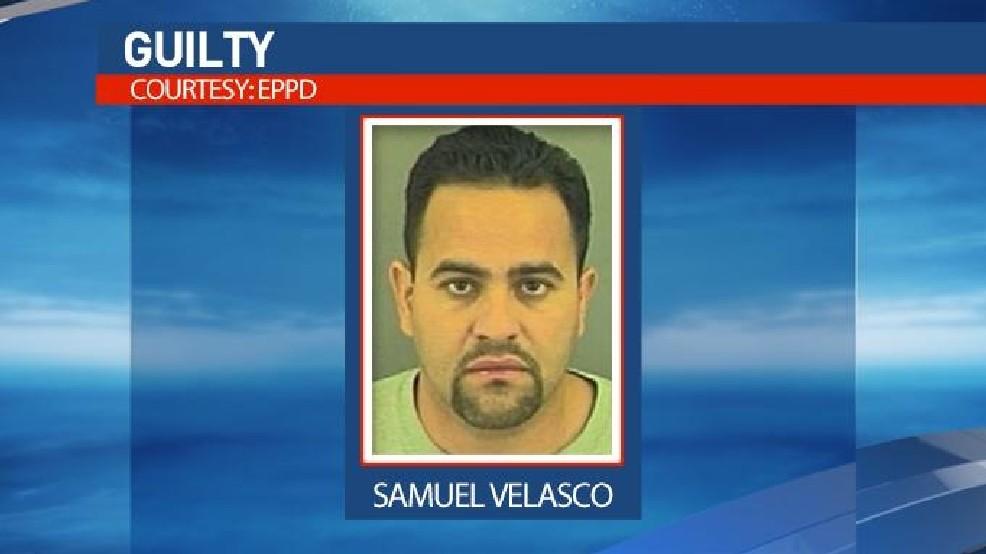 EL PASO, Texas -- A Texas man faces mandatory life in prison over a 2008 murder-for-hire scheme in Mexico in which his wife, her sister and their father were killed.

Samuel Velasco Gurrola of El Paso was convicted Monday of conspiracy to commit murder in a foreign country and conspiracy to cause foreign travel for murder for hire. Two of his relatives pleaded guilty to conspiracy-related counts and face up to life terms.

A witness testified last week that Velasco planned to lure his wife Ruth Sagredo into Juarez to kill her.

Velasco faced up to 99 years in prison for a 2005 sexual-assault case where his wife was a witness. That case was dismissed after Sagredo was killed.

According to the witness, Velasco had said that before killing Sagredo, they first needed to kill her father, Francisco Maria Sagredo Villareal, so she would be forced to go across the border for his funeral.

Prosecutors said the plan didn’t work at Sagredo’s father’s funeral, so her sister was killed to draw Sagredo back into Juarez.

Sagredo was killed while she was in her sister’s funeral procession.

The government accused Velasco of coming up with the plan to keep his wife from testifying against him in the earlier case.

“The government is going to come up with all types of arguments because there is no evidence,” Velasco’s attorney said in court Monday.

Eduardo Avalos Sr., Sagredo’s first husband and the father of their children, testified last week, saying Sagredo was determined to testify in the case against Velasco.

“She was very adamant about getting this person (Velasco) prosecuted and have him pay for what he did,” he said.