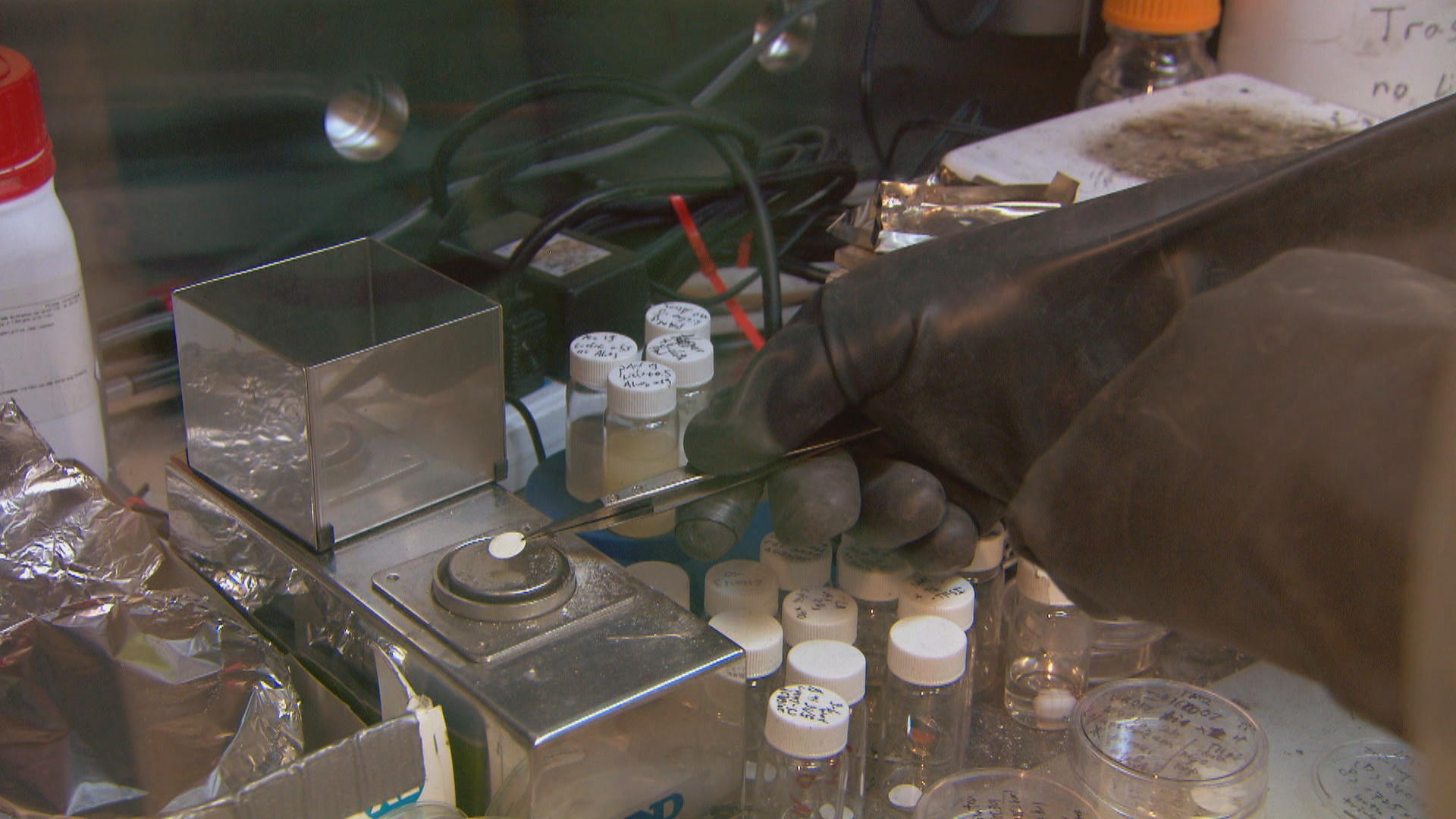 Samsung faces the first class action lawsuit targeting several of its smartphones, beyond the recalled Note 7.

The complaint filed Wednesday in California claims Samsung Note 5, S6 and S7 phones “all pose a risk of overheating, fire and explosion.”

In a statement to “CBS This Morning,” Samsung said: “We don’t comment on pending litigation, but would like to underscore that the issues with the Galaxy Note 7 are isolated to only that model.”

Potentially flammable lithium-ion batteries are in many electronics, including Samsung phones. The Department of Energy is now spending tens of millions of dollars on creating a safer alternative, and one research project is showing promising results, reports CBS News correspondent Jan Crawford.

At a research lab at the University of Maryland, small, lithium-infused ceramic discs are replacing the combustible components of today’s lithium-ion batteries. Research scientists are showed us how they plan to build a better battery – one that can’t catch fire.

The disc on the left is coated with a naturally combustible carbon-based solution, typical of what’s used in all of the lithium-ion batteries powering today’s smartphones. It is then exposed to an open flame.

On the right is a lithium-conducting ceramic disc designed in a campus lab.

“It can handle thousands of degrees without any issues,” a researcher explained.

“Because it’s ceramic, it’s absolutely inflammable. You cannot burn the ceramic,” said Eric Wachsman, engineering professor at the University of Maryland. Wachsman is also the director of the university’s Energy Research Center, where nearly 20 projects are being funded by the Department of Energy to find alternatives to store energy.

“It’s just been a push to get more energy out of the battery. You want it to last longer. You want the electronics to do more,” Wachsman said. “You know this is not a typical phone, for example the Samsung. I mean it’s basically a mini-computer. You’re putting all of that information, all of that processing power in a very, very small device and you want the battery to also be small.”

“We’ve been contacted by numerous companies all over the world, both by email and phone,” Wachsman said.

“Where are we now in terms of development?” Crawford asked.

“So this size is fine for little batteries, the little coin cells you might see in a hearing aids or whatever -- small little round ones. But to get to the larger size, it’s just a matter of scaling up the size,” Wachsman said.

“I hear stories about new battery advancements all the time. It’s always just a question of whether that something that will really pan out,” said Eric Limer, deputy editor at PopularMechanics.com. We asked him to watch the burn demonstration seen earlier.

“It’s one thing to make a development on a battery in a lab and actually create a battery that can work and can hold electricity well. It’s a completely other thing to build the factories that can build that battery,” Limer said.

But Professor Eric Wachsman said a safer battery can and will be mass produced.

“We have manufacturing partners and we expect to have a product in the next few years,” Wachsman said.

“So right now you couldn’t just say to Samsung ‘Well, we’ve got it. Just start using these.’ Could we say you’re close?” Crawford asked.

“Well, we’d like to say that we have a company and if they would like to invest, we’d be happy to talk to them,” Wachsman said.

“Because you think it’s doable?”

It is also the goal of researchers here to keep the manufacturing of these batteries in the United States. The overwhelming majority of today’s lithium-ion batteries -- more than 85 percent -- are made in Asia.

Push to get teens vaccinated against COVID